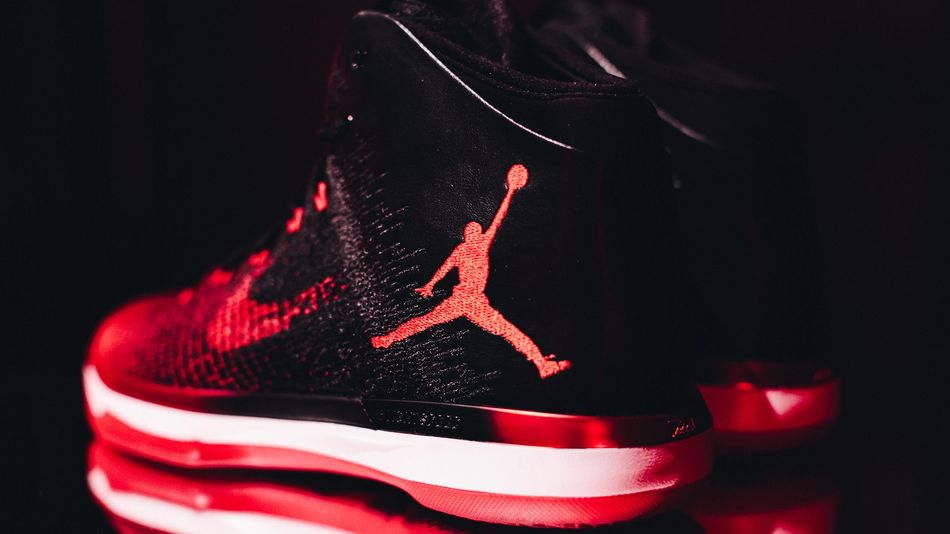 The Air Jordans are now 31 years young and moments ago in Las Vegas, Jordan Brand revealed the Jordan XXXI ÔÇö the first Jordan shoe to feature the Nike swoosh logo since the original.

They’ve been playing up how the Jordan I was banned by the league in the promo leading up to it and it no doubt takes inspiration from that.┬áYou can’t go too wrong with the black/red colorway too and to me,┬áthey look really sharp. There’s a Kobe XI style blend and a similar silhouette to the Jordan I too.

We’ll get to see it in action as soon as this week in the prelude to the Olympics┬áby┬áChicago Bull Jimmy Butler. He’ll be wearing the red, white, and blue version in Rio┬átoo. More pics, and the tech, below. The shoe will drop on September 3rd for $185.

And OH YEAH! The I’s are re-releasing too…

Lastly, I want to give adidas some love because they jumped┬áin on the fun today with a new reveal. Plus, it’s always “shoutout to Derrick Rose, that n**** nice!”

#TeamAdidas has been promoting┬áthe #LVL3 drop for tomorrow morning, and┬áin the meantime, their athletes are gathered in Vegas too, as seen below.

D. Rose just revealed his 7th signature shoe which features some nice icy bottoms and is clad in Knicks orange

No doubt look for more colorways to come and hopefully in classic Chicago black/red.

What do you guys think of today’s sneaker releases? Let us know @gowherehiphop.