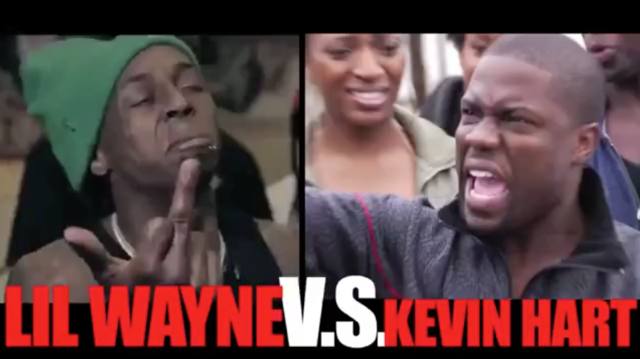 Stop f*cking wearing pants that show your shape ain’t shit/I look at you, I look at Nicki, I say, ‘girl, you’re too legit to quit.’

This took place in Vegas this Labor Day Weekend and, well, if Kevin Hart is involved, you know it’s humorous over serious. He dropped that quotable and a few more in this fun video above. Perhaps the funniest part though was when he stopped his rhyming just to roast someone in Meek’s crew.

This was the first “battle” between “Chocolate Droppa” and Meek Mill.