Kim Kardashian’s Fed Up W/ Taylor Swift Drama: “I’m So Over It” 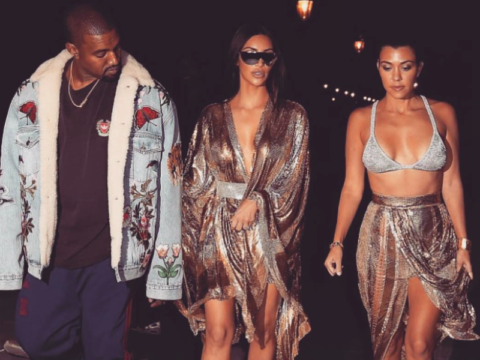 Reality TV star Kim Kardashian is ready to move on from her family’s dispute with Taylor Swift. This week Kim explained her disinterest in fueling the Kanye West-driven feud.

In a new interview, Kim revealed she only kept the beef going to defend her husband.

Chatting with Billboard for its latest cover story, the Keeping Up With the Kardashians star, 35, said that she wishes there was no more bad blood with the “Shake It Off” singer, 26. “Ugh, do we really have to talk about Taylor Swift? … I’m so over it,” Kardashian told the publication with a laugh. “If it were up to Kanye, it all would probably never have come out. He can handle it, he has no hard feelings. He doesn’t even really care. I just wanted to protect my husband. I saw him getting a lot of s–t.” (Us Weekly)

Last weekend, Kanye fans shouted out anti-Swift chants at one of his concerts.

Kanye performed at Bridgestone Arena in Nashville, in Tennessee, where Taylor and her family moved to aged 14. And on Saturday and told the audience, “This is why you should always say how you really feel” before launching into the track, which he halted after the infamous line to embark on a rant about the lyrics. “How you feel about that tonight? I feel like I’m in a movie right now or something,” he said. “So many people told me, ‘You’ve gotta take that line off the song. You got to play it safe’, but this is what rap music is. This is what art is. Saying how you feel. And this song is how I feel.” (Canoe)

The post Kim Kardashian’s Fed Up W/ Taylor Swift Drama: “I’m So Over It” appeared first on SOHH.com.

Kim Kardashian’s Fed Up W/ Taylor Swift Drama: “I’m So Over It” : SOHH