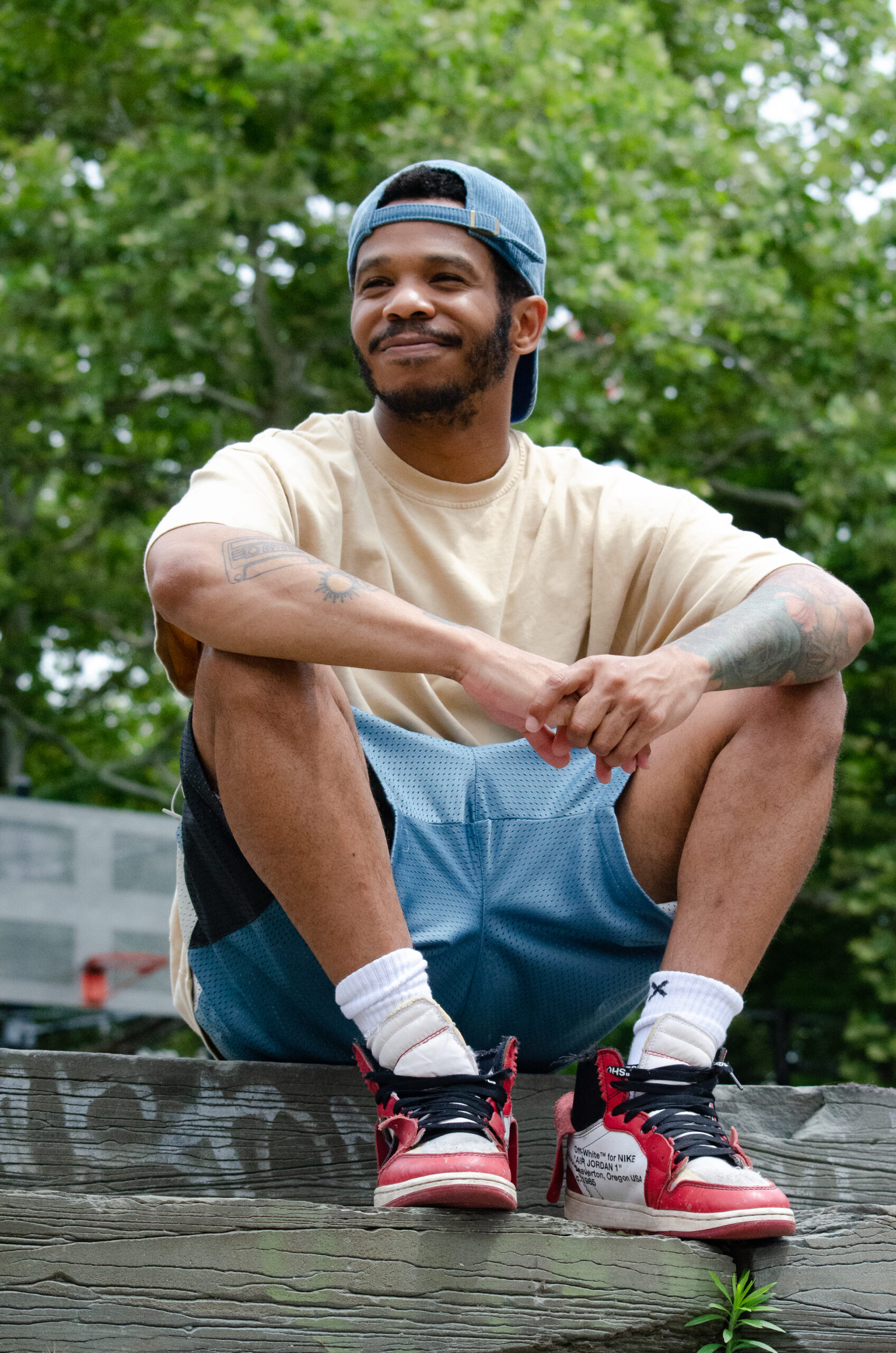 Few projects capture the trials and triumphs of everyday life with the precision of Kota the Friend’s MEMO.  In an era of hip hop that relies heavily on vanity, trends and hyperbole, the Brooklyn-born artist chooses to reintroduce his audience to reality.  The best poets are the ones who paint the ordinary with extraordinary strokes.  Who capture the everyday in real time.  And most importantly, who use the specific as a key to the universal.

MEMO does just that, as Kota opens the pages of his personal journal to the world.  His personal journey through the world.  With an understanding that what makes him an exceptional talent is his ability to share his story so vividly.  Kota’s mass appeal starts with his self-awareness.  Looking inward allows him to project outwardly with verses born from the human condition.  Even when he might not like what he sees.

“Memo is an album about emotional growth. It’s like the end of a long journey. You can finally rest; appreciate how far you’ve come and build a house that you can call home. It’s about acquiring an inner peace that the world can’t take away from you no matter how hard it tries.” – Kota the Friend

Purposefully lacking industry features and co-produced by Kota and close friend/DJ emadonna, MEMO is a project that is meant to come from a place close to home.

I Left you With a Memo…

Throughout his discography, the fltby’s founder refers to keeping his inner circle tight, and his living space clean.  These references are not simply in a literal sense, Kota craves an environment that is safe, free of drama, and feels like home.  A place to raise a son, to simplify life.  That’s what MEMO becomes for Kota and his fans.  And the beat selection matches, with tidy, meticulous arrangement.  A place where the anxieties of a broken, social media-thirsty, cancel-culture ridden society can’t penetrate.

Memo begins with 365 Days of Peace.  Following a brief intro skit, Kota immediately rejects confrontation in the name of peace. “I ain’t finna fight with no one, I ain’t finna cyph with no bums/And I don’t need the mic to show love, and dodge bad vibes the whole month/and do it till the end of the road come.”  Artists often hide behind their art, and Kota rejects that, realizing that it’s not his platform that makes him a good person, but his character.

Jumpman follows suit, seeing Kota reflecting on how far he’s come to get to the point where he has everything he wants and more.  The production is excellent, with a staccato string rift, and insane percussion.  Kota claims he doesn’t care who’s coming after him anymore in his financial and spiritual ascension.

Track three is the previously released banger UP, with its triumphant organ and high energy.  While many of the messages in UP and Jumpman are familiar to Kota fans, sonically they represent growth.  Kota has largely favored downtempo, jazz-centric beats that could be characterized as LoFi.  These two beats still contain plenty of soul, but are more bass heavy, and driving than much of Kota the Friend’s discography. 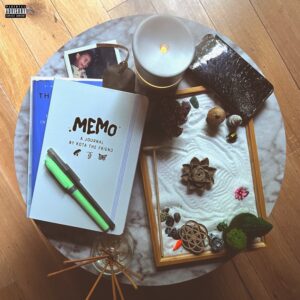 Kota has always showed respect for generational stories and has referenced the connection between MEMO and FOTO.  One of the common threads between the albums are the skits, rich with humor, tradition and warmth.

With many highs, it might be Empty Cup featuring Philadelphia singer Brianna Castro that is most poignant.  Kota and Castro trade verses explaining how a relationship might not be best for people who need self-growth.  Both artists vocals are tender, sentimental and touching. The pair link on the final chorus, singing, “Here I am, baby it’s all I got/Right now this is my best, it ain’t a whole lot. I will not beg you no, you leave I let you go/I gotta love myself, I do not need no help.”

Tracks 6-9 revisit two prior singles (Needs, and the most recent drop Father’s Day), and one new track, Soho House.  The latter employs the vocal talents of frequent collaborator Hello Oshay.  With discordant piano licks, a jazzy sax rift, and Kota’s focused flow, Soho House is one of the lighter tracks thematically on the album, describing the magnetic pull of a happy relationship, providing two sides of the coin to some of the other romantic relationships discussed on MEMO.

Avery’s Interlude is a vibrant, stripped-down free verse, set to a lovely guitar loop with no percussion.  The flow, power and conviction of Kota’s bars are crazy, and he speaks his truth with uncanny exactitude. “I envy women cause I feel like ya’ll can cry so quick/and I just want to do the same, but my eyes don’t drip/I wanna cry like, rivers in the Nile like tellin’ you what I like, tellin’ you what I’m like/what my inner child like, what my inner sky like/when I wasn’t vocal what was happening in my life.” 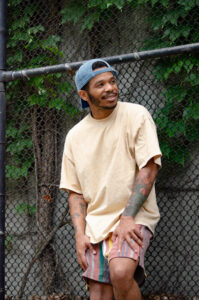 The vulnerability shown here is touching, and again, Kota moves from his personal experiences to the bigger picture.  His point is simple; in our culture women are taught to show emotion, to be vulnerable when necessary.  Men are often hardened to the point where it is challenging to express hard feelings.

Fonecall comes back to the refrain of earlier tracks like Jumpman, showing Kota’s progression mentally, realizing that his success has made it even more possible to keep the right people close, and cut out those who mean to drag him down.

Intentionally, or not, Kota the Friend’s MEMO once again bucks standard music trends by placing some of it’s best tracks at the end.  Generally, you’d see the most powerful tracks in the 2-5 range on an album, but Kota the Friend’s album MEMO is at its very best tracks 12-14.  Good To Be Home II might be the crown jewel.  A nostalgic overview of Kota’s upbringing in Brooklyn, the track touches on a ‘90s childhood, the people and places that made Kota who he is today.  For the first time since coping with false allegations, Kota sounds truly free and unencumbered on this joint. 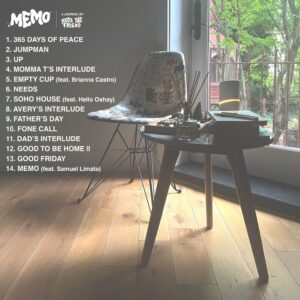 Good Friday which dropped this spring follows it up with it’s driving drums and lyricism.  Which leads to the title track, MEMO. As was true for FOTO and EVERYTHING, Kota uses the title track as a climax with great success. Over a contemplative instrumental, lyrics make the purpose of the album clear from the first verse. “I leverage all of my knowledge and profit off of my pain/I copped the deserted island and kept it far from the rain/I noticed nothing was growing and then it went up in flames/living for the moment I keep it all in the frame/I chose to live in reality exit out of the game/film, photo, filter banalities of the world/and if it entertain, the morality down the drain.”

There’s a lot to unpack there, but the message is simple and cohesive.  Kota realizes that his suffering leads to great art. Regardless hiding from the world and relationships is not the cure.  Instead, his solution is a simple life, removed from the negativity of social media and the ugly forces that accompany it.

One Day You’ll Be Free

As a result, Memo is a purification.  It functions exactly as a journal should, cleansing its creator of all the negativity and bad energy, freeing Kota to focus on the good.  His family. Fatherhood.  His wealth.  Independence.  And most importantly, inner peace.

After all, to recognize the good we have, sometimes it’s vital to cope with the bad.  Kota the Friend’s Memo with all its twists and turns, is this process personified.