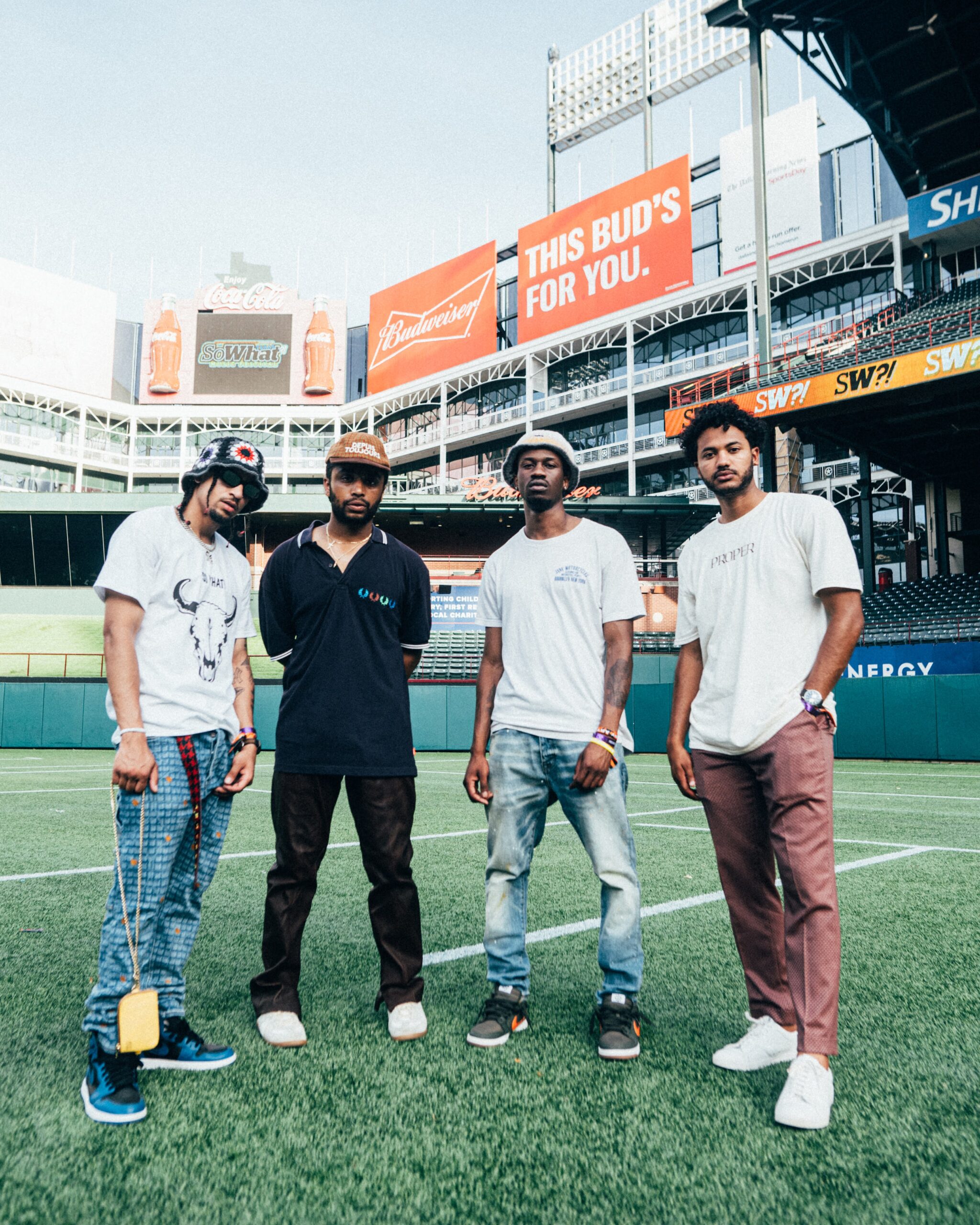 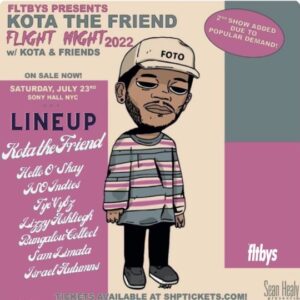 Embracing the concept of connecting up-and-coming talent to their community, we will showcase a stacked lineup of opening acts in NYC, before Kota takes the stage at Sony Hall on July 22nd and 23rd. One of those acts will be distinctive and dynamic collective Bungalow Collect, who will perform on Saturday, the 23rd.

New York-based Bungalow Collect is composed of four artists: Zay Suav, Apollo J, Rshad and Marcus Isiah.  Suav and Apollo are Brooklyn natives, while Rshad hails from Richmond, VA and Marcus Isiah is from Tucson, AZ. Each member has taken successful solo careers, and manifested them into something bigger than the individual. Accomplished through an energetic blend of sound that’s ripe with soul.

The collective’s talent and potential have not gone unnoticed.  Their press credentials include features by Earmilk, Raydar Magazine and Enigmatic.   Bungalow Collect have performed nationally, opening for acts such as Lil Jon, Pitbull, Jalen Santoy and Snakehips.  This has led to opportunities such as performing at So What Music Festival in Dallas.  Their showcase at Flight Night comes at a perfect time – the bandwagon is growing and 2022 album Meet Us at the Gate provides great new material for the group to share with their home crowd.

It’s challenging to find one word (or even a few) to pinpoint Bungalow’s aesthetic.  In many ways, they strive to challenge being boxed in, moving with each song to a different style.  They deftly pair charismatic vocals with varying beats, the common threads being superb delivery, seamless transitions, and contagious enthusiasm.

Bungalow Collect’s most recent album, Meet us at the Gate encapsulates this philosophy, moving effortlessly from banger to dance record, all while preserving a high level of artistry.  Tracks like What Yall Wanna Do and How I’m Feeling and Make Some Room are modern takes on the rap game, with heavy bass, and head knocking energy.  On the other hand, songs such as I Got 2, Is It Ever Enough, and Summer Love are straight vibes.  Pulling inspiration from R&B, disco, and jazz, these tracks feature superb vocal variety, and definite dance energy.

When asked about a record that defines them as a group, Bungalow Collect pointed right away to their newest offering.

“Our most recent project, Meet Us at the Gate shows our range as a collective. The project is 18 minutes of sounds ranging from uptempo 808 based to 4-on-the-floor dance tracks to laid back songs for the summer.”

This unique ability to embody different sounds, and change the mood in the room in a flash is sure to resonate with a Flight Night audience who have great appreciation for hip-hop in all its different forms.

As Bungalow’s hype continues to grow, they are using organic means to fuel their success. They understand the work it takes to breakthrough in the industry.  While success as an independent group offers challenges, the tools are in place to continue to grow.

“We are 100% independent. We’ve had success in going viral a few times on Instagram and Tik Tok, which has exposed hundreds of thousands of people to our music. That has opened up doors for us to have label meetings, go on a self-funded tour, and perform at a festival. Our biggest challenge right now has been finding the right channels for distribution and marketing.”

An opportunity like Flight Night includes inside access to a wide range of artists, music industry leaders and fans.  The exposure certainly won’t hurt for a collective with vast artistic potential.

Bungalow Collect are fully prepared to make the most of the opportunity to open for Kota the Friend.  They appreciate the fltbys founder for his music. But they have also used him as a model for successfully navigating from a marketing sense.

“We’ve not only been a fan of Kota’s music for years now. We’ve also taken notes on how he conducts himself on social media. He was one of the first artists to consistently post music videos with yellow lyrics and an engaging setting, and we see that same strategy more and more every day. This is also an opportunity for us to showcase our dedication to performing and connecting with new faces, which we understand is important to our growth and exposure as artists.”

Bungalow Collect is in the perfect place, at the perfect time.  Ready to reap the benefits of a 2,000 fan audience with their contagious vibes, and superb artistry.

Stay tuned as we will be highlighting each local act on the roster for New York City Flight Night.  Limited tickets are available for the second night of the festival (Saturday, July 23rd.)