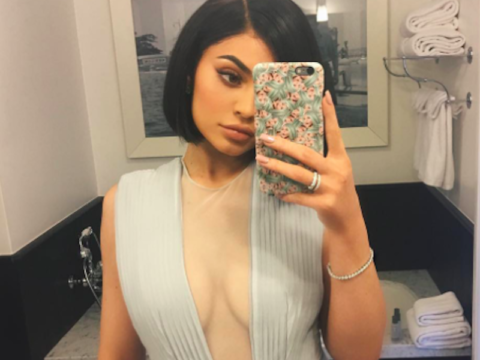 Reality TV star Kylie Jenner has stepped forward to speak out on reports about her expecting a baby with on-again, off-again boyfriend Tyga.

Earlier this week, gossip and rumors surfaced about Jenner expecting a baby.

It looks like Kylie Jenner is going to be a mom! A source exclusively tells In Touch that the 18-year-oldÔÇÖs friends believe she is pregnant by her on-again boyfriend Tyga, 26. (in Touch)

A couple days ago, Tyga went to social media and flaunted their relationship.