Meek Mill Says This Is It: ÔÇ£After DC4 I WonÔÇÖt Continue To Rap About Extreme Violence!!!ÔÇØ 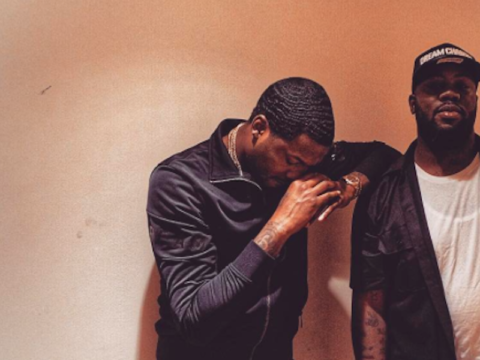 Maybach Music Group artist Meek Mill has penned a heartfelt message about his life’s struggles and triumphs in the wake of publicized police brutality cases.

On Friday (July 15), Meek vowed to change up his lyrical content following the release of his upcoming Dreamchasers 4 mixtape.

Last month, Mill hinted at the potential release of his highly-anticipated Dreamchasers 4.

Over the spring, mixtape provider DatPiff shut down a rumored DC4 release date.

#DC4 is NOT dropping on 4-29….blogs need to do a little research before they copy n paste made up stories.. JUST spoke to them, I'm sure.

In January, Meek hinted at some fresh tunes coming out in the near future and ahead of DC4.

The post Meek Mill Says This Is It: “After DC4 I Won’t Continue To Rap About Extreme Violence!!!” appeared first on For The Best In Hip-Hop News – SOHH.com.

Meek Mill Says This Is It: ÔÇ£After DC4 I WonÔÇÖt Continue To Rap About Extreme Violence!!!ÔÇØ : SOHH