Rihanna Dodges Death In France Attack, Speaks Out On Massacre 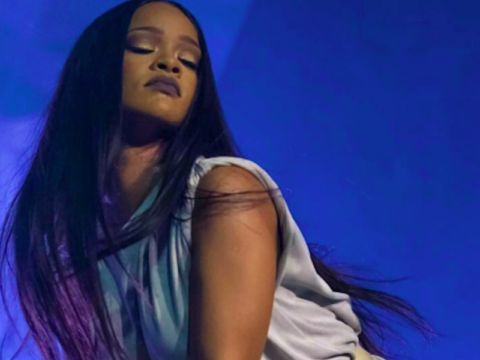 Roc Nation singer Rihanna has stepped forward to speak out on her well-being after coming close to danger following the Nice, France terrorist attack.

RiRi went to Instagram Friday (July 15) and announced the cancellation of her ANTI World Tour in the wake of the fatal assault.

The singer’s rep has confirmed to PEOPLE that “she’s safe.” Rihanna, 28, was scheduled to perform in the city on Friday as part of her ANTI World Tour, however the president of Nice tweeted that the concert has been postponed, along with a local jazz festival, as the city’s flags fly at half-mast in the wake of the Bastille Day attack. (People)

The Barbados singer’s chef also spoke out on the team’s well-being.

Various celebrities have reacted to the fatal event across social media.

Comedian Amy Schumer, actress Mia Farrow and TV personality Kim Kardashian West are among others to express their sympathies. At least 84 people were killed when a lorry ploughed through a crowd during Bastille Day celebrations in Nice on Thursday evening. US singer George Clinton, who had been due to perform at the festival on Sunday, sent his “sincere condolences and prayers to the families of the victims”. (BBC)

The post Rihanna Dodges Death In France Attack, Speaks Out On Massacre appeared first on For The Best In Hip-Hop News – SOHH.com.