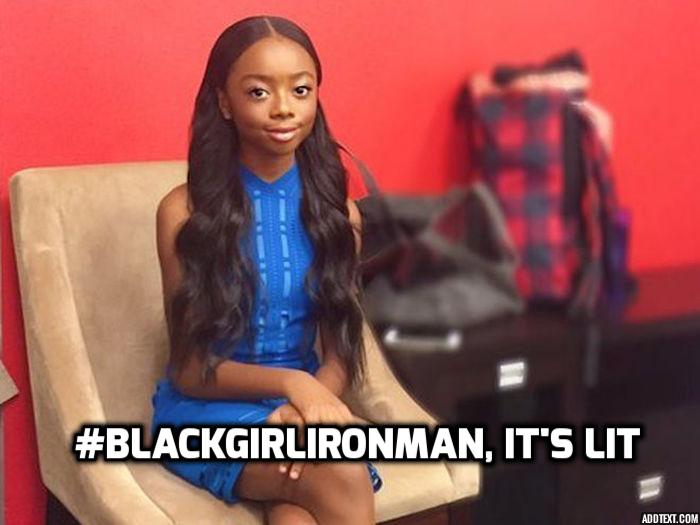 Marvel dropped a huge bomb recently with the announcement the new Iron Man would actually be a 15-year-old girl by the name of Riri Williams. Mike Deodato Jr., the co-creator of the series, says that Skai Jackson was the “visual inspiration” which may allude to her playing the character in the movie.

Tony Stark, the original Iron Man, is set to be replaced as the series takes a new direction vetting for someone much younger and of a different race and gender. A picture of the new flash hit the internet and to much of everyone’s surprise, featured a natural haired young woman with a deep skintone.

Jackson earned a lot of fans recently for “reading” Azealia Banks in a Twitter feud that escalated rather quickly. However, the Disney channel actress is putting her past behind her and striving to make history in entertainment as well as within the Marvel brand.

Riri Williams was based on the beautiful young actress @skaijackson pic.twitter.com/tuQ7f8Td4m

There’s no set date for the film’s release, so there is no word whether audiences can expect the film this year or in 2017. For more you can stay updated on the film here.