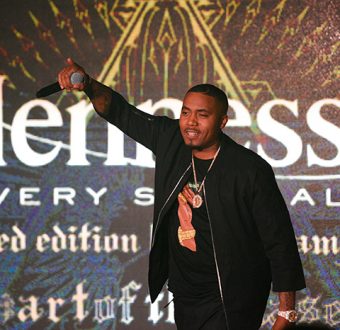 Hennessy and Nas know how to throw a party.

Held at Mama Gallery in downtown Los Angeles, the evening featured an open bar with Hennessy cocktails and a special performance from Nas.

Following his Mass Appeal signee Dave East, God’s Son hit the stage shortly before 1 a.m. With the Henny in his system, he treated partygoers to a 30-minute set of classics ranging from “The World Is Yours” and “If I Ruled the World (Imagine That)” to “Hate Me Now” and “One Mic.”

Next up, Nas will headline the Brooklyn Hip-Hop Festival alongside Fabolous, Talib Kweli, Rapsody, and DJ Rob Swift.