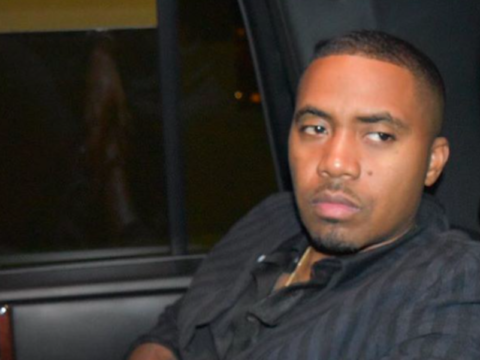 “[Hip-hop’s] in a better place because it gave birth to Kendrick, J. Cole, Drake and a few other great, great artists. All three [remind me of them]. Yeah, yeah, definitely [they reach out to me] which is crazy because they inspire me. So Drake said something on his first album about me, in the linear notes, and J. Cole made an interesting song about me and Kendrick has said some really positive words. He gave me a shout-out when he won his Grammy. So they inspire me.” (“Any Given Wednesday”)

“Big fan of Future, man,” Nas said in an interview when asked if he digs the Atlanta hitmaker. “He’s pushing flows forward. He’s speaking about this generation and what’s going on. That’s a great place to be and what I respect about him.” (Complex)

A few months ago, Nas linked up with Future and music mogul Diddy.

“My business partner Anthony Saleh works with Future and I’ve been a big fan for a while,” he revealed. “He speaks to things I used to see growing up in Queensbridge. This song specifically has something for everyone to relate to.” (Complex)