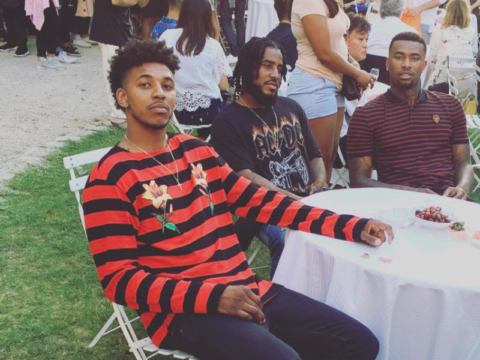 Los Angeles Lakers‘ Nick Young is getting ready to have the gossip blogs going nuts. The NBA stud has practically confirmed his growing romance with musician Paloma Ford.

A screenshot has surfaced of Young sending some love toward the curvy vixen.

After growing speculation, recent reports and pictures have confirmed Ford is the mystery blonde dating Young.

A few weeks ago, cameras spotted Swaggy P with the blonde hottie at a California steakhouse.