NYC Bombing Suspect In Custody After Shootout With Authorities 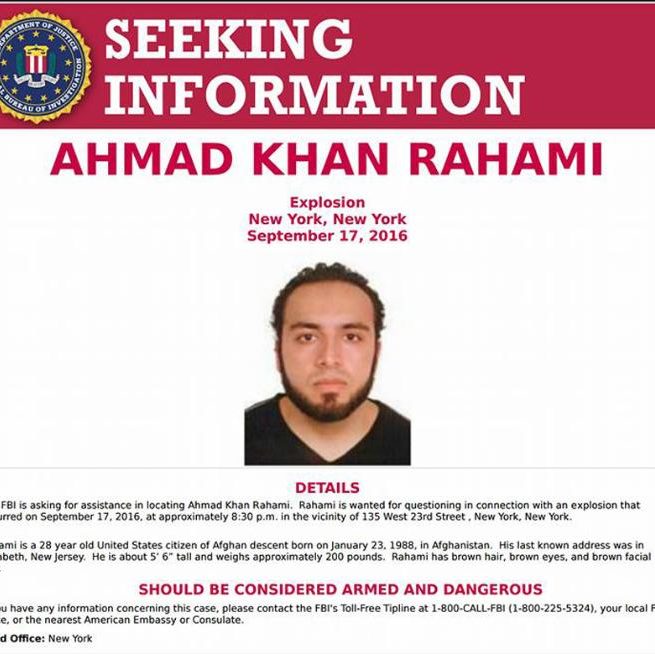 Just two days following the dramatic explosion in the Chelsea district of Manhattan, a main suspect was arrested this morning by FBI and several other law enforcment agencies.

After a day long manhunt, authorities apprehended 28-year-old Ahmad Khan Rahami in an armed standoff that ended with Rahami and at least one officer wounded.

Authorities are looking at possible links between the Chelsea blast and a pipe bomb that was found in New Jersey Saturday morning, as well as five suspicious devices found near a train station on Sunday night. Reports are growing that a terror cell may very well be behind the attacks.

Police also responded to reports of a backpack with suspicious wires and a pipe found amongst garbage near a New Jersey train station.

One of five devices in the backpack exploded as the FBI attempted to disarm it with a robot. It was the third attack in 24 hours.

Police have not said whether they believe the backpack is linked to the bombs in Manhattan, or an earlier pipe bomb at a train station in Elizabeth, New Jersey, but law enforcement officials said on Monday that they were investigating a possible terror cell operating between New York and New Jersey.

NYC Bombing Suspect In Custody After Shootout With Authorities : The Source