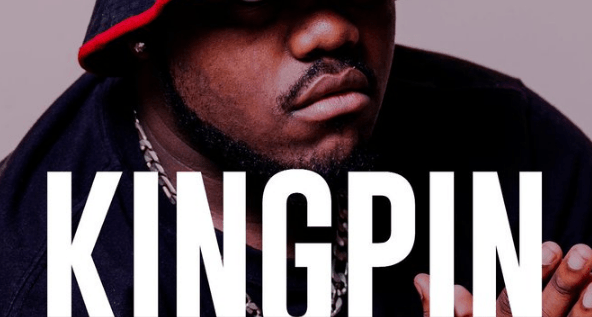 What up King Pin, we really enjoyed your new mixtape, and by far your single “Kick In The Door Freestyle” has already been added to my personal playlist for the summer of 2016! How long have you been rapping? How did you get started? How did you end up keeping the name King Pin?

I started rapping in 2013 when I was a Freshman in College at NC A&T. I’ve always enjoyed entertaining people and so many rappers on campus were getting gassed up & people were impressed by simple bars and I knew rapping was something that I could do, so I went to my dorm and started writing and before I knew it I had a written whole mixtape.

I came up with the name King Pin as a sort of metaphor/double entendre and its comes from the fact that the King Pin in trapping is at the top of the food chain when it comes to “hits” and supplying the fiends. It’s also a play off of a literal Ink pen that you write with. I feel like I’m the dopest with my pen game.

Other than yourself, are there any other artists from the Greensboro, NC area that are making moves like yourself. Do you see other artists in your area as competition or as fellow collaborators?

I feel like everybody sort of has their own thing going on or their own movement but NCs music scene really lacks support & everybody has a “Crab in the bucket” mentality. Which is why “Checkmate” is so heavy on features because I wanted to showcase some of the other dope artist in the area that really have talent. I see other artist as both fellow collaborators AND competition. However, I’ve always been the type of person to give credit where it’s due so if I think you’re truly talented I don’t mind reaching out, at the end of the day it’s all love.

Please breakdown the creative process of your latest mixtape ““Checkmate””. Also tell us a bit about the dope mixtape cover? Is that you on the cover?

Yes that is yours truly on the cover and the title “Checkmate” came from the fact that the word is synonymous with winning and the fact that chess is a strategic game. It kind of came to me randomly but I’m constantly thinking of different strategies and tactics that will lead me to success in the rap game. The cover art of course is inspired by Chess and I just wanted to capture myself in the game for the graphic to bring the title to life.

Do you actually play chess?

Ironically, I don’t because it’s something you have to be very skillful at in order to win .. but I play checkers if that counts.

How many music videos do you have?

I don’t have any yet because I feel like my vision and visuals are bigger than my budget. I don’t want to just shoot a $50 video in my hood with all my homies behind me just to say I made a music video. We see those videos everyday. So honestly I’m just waiting for the proper budget.

I perform live on a pretty regular basis I’ve done Showcases, Battles, Open Mics, Cyphers, Block Parties and any other performance you could think of but as of right now I don’t have any coming up soon.

In 5 Years I hope to at least have a record deal and to possibly be working on my 2nd album under whichever label I’m signed to.

Underground Hip Hop is no holds barred. It’s care free & not watered down. It’s almost like eating Authentic American food from a “hole in the wall” restaurant vs. going to McDonald’s.

Where can people find you on the web?

First & foremost I would like to thank God for waking me up every morning & helping me to even get to this point and I would also like to thank any of my supporters, friends, and family that have listened and shared my music or even showed up to any of my performances. None of the support is ever overlooked or taken for granted. Also, I would like to thank my team “The Other 88” for everything they’ve done to make all of this happen.