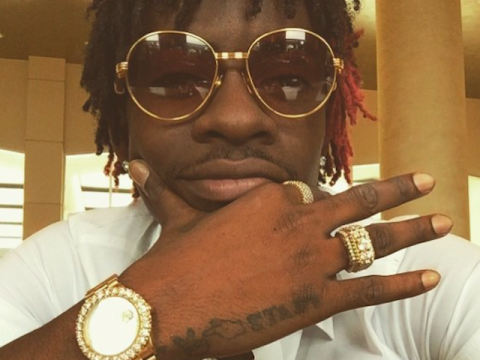 Rich Gang‘s Rich Homie Quan is really trying to save face and has come up with a new explanation for messing up Notorious B.I.G.‘s “Get Money” lyrics at the VH1 Hip Hop Honors ceremony.

In a new interview, Quan said a teleprompter issue ultimately caused him to blank out during his performance.

ÔÇ£Yeah, we rehearsed,” Quan revealed in an interview. “I knew it by heart. But then my wordsÔÇôI told them I didnÔÇÖt know all the words. So, the words were supposed to be on the teleprompter and they werenÔÇÖt there.” (V-103)

The post Rich Homie Quan Says He Knew B.I.G.’s Lyrics By Heart, Reveals What Really Caused “Get Money” Blunder appeared first on For The Best In Hip-Hop News – SOHH.com.