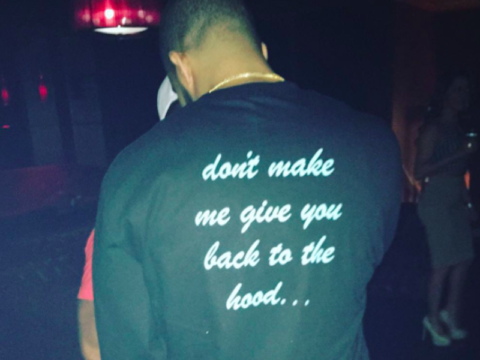 We’re moving all over the place SOHH why not get things going with Selena Gomez throwing some shots at Kim Kardashian? Speaking of shooters, how about Drake shooting for the gold with his new kicks? With colors on your mind, are Kevin Gates and his wife falling back on the Black Lives Matter movement? All this coming up in SOHH Whatcha Think.

Every celebrity is using their social media pages to speak out SOHH it shouldn’t surprise us when Selena Gomez is feeling litty about something, right? But is it in the name of Taylor Swift? Selena Gomez’s Twitter has the scoop:

Is this a shot going at Kim Kardashian for exposing Taylor Swift? If so, is it kinda petty or do you respect it? Haven’t we realized this industry game is ruthless in 2016? #SOHHWhatchaThink?

Forget fire, it’s all about that gold in 2016. Just when you thought you had the most lit sneakers this summer, Drake really did it on ’em with a new OVO release. Drake’s Instagram is on it:

Are you feeling these? Think Drake might have a serious problem for competitors with these? Would you rock these off the humble? #SOHHWhatchaThink?

With social media kinda the new form of television, is it safe to say there’s a line celebs can cross? Kevin Gates is always one to speak up on any and everything, but did he go too hard talking about the Black Lives Matter movement? Akademiks TV is on it:

Did they get caught up in a moment? Do you believe KG? Think they’re making some valid points? #SOHHWhatchaThink?