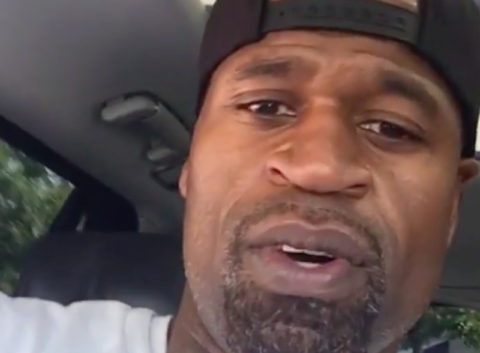 Former NBA star Stephen Jackson has come forward to speak out on the attention he received for placing a “trill” ban on rapper A$AP Rocky.

Jackson went to Instagram Wednesday (July 20) and provided followers with context behind the word’s mainstream explosion.

This week, A$AP Rocky briefly responded to Jackson singling him out following recently published comments he made about police brutality awareness.

“That brother regurgitated what he saw,” A$AP said. “I can’t even blame him. That was sickening from when I saw it and I know me. You know what I’m saying? All that other sh*t he’s talking about is irrelevant. But still in all, where it stands, this is a very, very serious and touchy subject and the matter on it is not funny at all. I don’t just represent my n*ggas from Harlem. I represent people that are just trying to overcome what’s going on right now. … I really do feel like a lot of people say what they don’t really feel because a lot of times – people don’t say what they mean, meant. … I’m going to continue to say what I feel.” (“The Breakfast Club”)

Footage surfaced this week of Jackson going off on Rocky and dishing out the “trill” band.

The post Stephen Jackson Wants Answers For Everyone Using “Trill” [Video] appeared first on For The Best In Hip-Hop News – SOHH.com.