T.I.’s Daughter Cashes In Get Out Of Jail Free Card 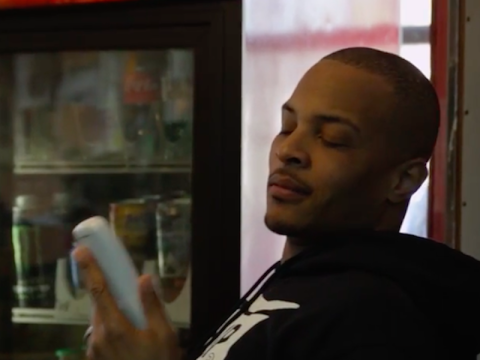 Grammy-winning rapper T.I.‘s stepdaughter has caught a big break in a publicized gun possession case. Zonnique Pullins is going to avoid spending any time behind bars.

According to reports, Pullins has 90 days to pay a fine and complete community service to have her gun charge dropped.

Sources tell TMZ … Zonnique Pullins avoided jail time after being charged for carrying a concealed weapon to Atlanta’s airport in June … because she’s never had any legal trouble before this. We’re told she’ll have to take a gun law training class, pay a $500 fine and complete 60 hours of community service. She also has to submit to random drug tests. (TMZ)

Back in mid-June, Tip’s daughter sparked headlines from the gun bust.

Authorities arrested 20-year-old Zonnique Pullins at Georgia’s Hartsfield-Jackson Atlanta International Airport after an x-ray machine flagged the .380-caliber Ruger semi-automatic pistol with a clip and five rounds in her luggage, local NBC affiliate 11Alive reported. Pullins reportedly claimed to TSA personnel that she possessed a permit for the firearm, but wasn’t able to produce one. Police confiscated her weapon, according to the report. (NY Daily News)

Outside of the legal woe, T.I. recently spoke to SOHH about partnering up with rap mogul Jay Z‘s TIDAL streaming service.

Tip also explained why TIDAL separated itself from competitors like Apple Music and Spotify.

“It exceeds exclusive music. Although it includes exclusive music, I don’t know anywhere else where you can go and get something that’s comparable to the TIDAL X performances or concert series. I don’t know of another platform where you can go get that. I don’t know of another platform where you could go get exclusive content like “Money & Violence” that has a cult following and dynamic feel of the culture and the community. I think it’s diverse in a way that sets itself apart from many of the other considerable mentions in this league.” (SOHH)

The post T.I.’s Daughter Cashes In Get Out Of Jail Free Card appeared first on SOHH.com.

T.I.’s Daughter Cashes In Get Out Of Jail Free Card : SOHH