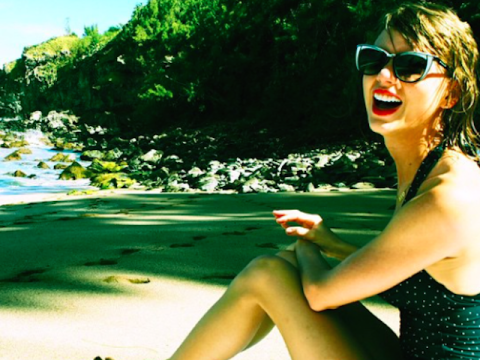 Country singer Taylor Swift could potentially put Kanye West and Kim Kardashian in a world of hurt if she decides to take legal action against them for secretly recording a private conversation.

According to reports, Swift’s legal muscle sent a letter warning Kanye of criminal prosecution back in February.

A source with direct knowledge of the conversation told TMZ it was recorded in an L.A.-area studio. The letter threatens … “Demand is hereby made that you immediately destroy all such recordings, provide us of assurance that this has been done, and also assurance that these recordings have not been previously disseminated.” Finally, Taylor also has the right to file a lawsuit against Kim and Kanye for violating the law. (TMZ)

The post Taylor Swift Might Get Last Laugh In Kim Kardashian Secret Filming, Nasty Legal Action On Deck? appeared first on For The Best In Hip-Hop News – SOHH.com.