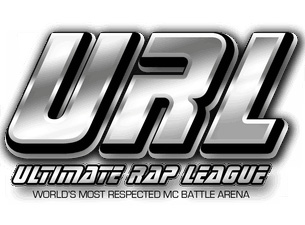 The Ultimate Rap League, more commonly referred to as URL is gearing up for one of its premier annual events, NOME 6(Night Of Main Events). The URL throws events throughout the entire year but it’s the Summer Madnesses and NOME’s that are the leagues more prestigious cards.

This year it’s business as usual and the URL has given us another stacked card full of battle rap’s elite competitors. What many may consider the most highly anticipated battle on the card, Tay Roc vs Rum Nitty, is a match that battle rap fans have been eagerly awaiting for some time now and is a match that has classic potential written all over it. That’s not taking anything away from the rest of the card which is sure to make for an incredible event.

It’s great showings at events of this magnitude that earn emcees theif bragging rights. We’ve seen battlers runs of success begin and others come to a screeching halt on this stage. One thing’s for sure, it’s going to be a night to remember. The event will be going down on Sunday November 20th at Irving Plaza in New York.

Fans that want to be a part of battle rap history and catch all of these match ups live and in person can purchase their tickets at Ticketmaster.com or at livenation.com by searching Ultimate Rap League in the search box.