The Weeknd’s Going To Keep All Eyes On Him, Heading To Live TV 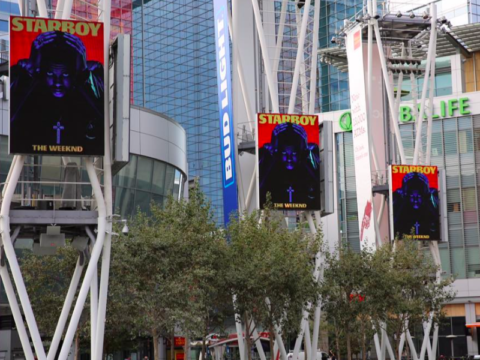 R&B singer The Weeknd‘s going to officially debut his new hairstyle for the world to see next month. The Canadian hitmaker is headed to live TV.

The crooner is slated to perform on the October 1 broadcast of NBC’s “Saturday Night Live” show.

Earlier this week, the award-winning singer showed off his jaw-dropping new hairstyle.

Social media immediately took notice and came up with their own predictions to what motivated the drastic move.

The Weeknd deletes everything off his Instagram to prepare for his new album. It's apparently due out next Friday!

The Weeknd has deleted all his photos off instagram.. the new era is coming

When The Weeknd deletes all his photos off Instagram.. New era coming

@dubscorleone It's happening. The Weeknd just wiped his Instagram profile. He always does before he releases an album lol.

The post The Weeknd’s Going To Keep All Eyes On Him, Heading To Live TV appeared first on SOHH.com.

The Weeknd’s Going To Keep All Eyes On Him, Heading To Live TV : SOHH