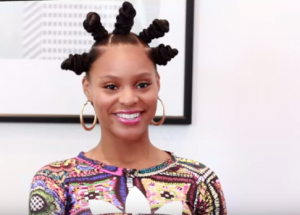 Randy Moss wasn’t having it today. Though the discussion was very much civil, Twitter is having a field day with the “Are you serious?” look Moss was giving Trent Dilfer during a discussion on ESPN’s Sunday NFL Countdown about Colin Kaepernick’s national anthem protest.

Dilfer basically said that Kaepernick’s protest was somehow selfish—ya know, despite the QB putting his career on the line and donating money made from his jersey sales to charity, amongst other selfless acts.

Look at how Randy Moss is looking at Trent Dilfer. ??? pic.twitter.com/LrQbVfmKlc

Charles Woodson also chimed in with some “woke” truth.

But considering how Moss summed up Black Twitter’s collective thoughts on Dilfer’s angle, the slander is on bruh.

Peep more below and on the flip.

They need to give randy moss and Charles Woodson they own show and make Trent dilfer bring coffee and doughnuts And run errands!