Young Thug Puts Future Rift Behind Him: “I’m Sorry For The Internet Arguments!” 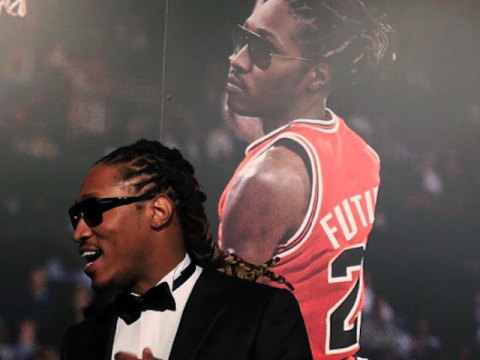 Rich Gang‘s Young Thug knows when he’s wrong and how to own up to it. The rap superstar has publicly apologized to fellow Atlanta rapper Future for their past e-beefing.

Future was seen throwing around handfuls of cash, and we’re told he bought 12 bottles of Ace of Spades champagne — those are a grand each — and spent $30k overall. It was a packed house for Future, who was there for a couple hours until closing time. Young Thug also rolled through. (TMZ)

Hours prior, Future brought YT out during his on-stage set at Manhattan’s Madison Square Garden.

In the past, the longtime pals have publicly gone after each other.

The two have come a long way in their relationship, which has been less than friendly in the past. In November, for example, Thug called Future out. “I’m Michael,” he said. “He’s Tito.” Then, more recently in February, the two reignited their feud with a Twitter war of words. Now, it looks like things have gone from negative to positive. (Rap-Up)

The post Young Thug Puts Future Rift Behind Him: “I’m Sorry For The Internet Arguments!” appeared first on SOHH.com.