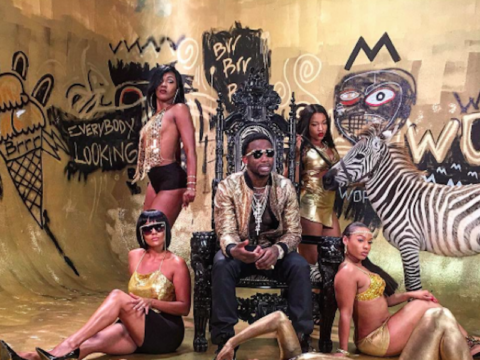 Atlanta producer Zaytoven recently talked about the return of longtime pal Gucci Mane from a lengthy jail stint and dished on his upcoming Everybody Looking album.

In Zay’s opinion, the new project will live up to recent “hip-hop classic” co-signs due to what Gucci brings to the recording studio.

“There are lots of reasons. HeÔÇÖs been gone for so long, the way the production came together was special, and if anyoneÔÇÖs a Gucci fan, youÔÇÖll know that sometimes Gucci makes music where itÔÇÖs all spontaneousÔÇöhe just raps everything off the top of his headÔÇöand you can tell there wasnÔÇÖt time and thought put into it. But this is one of the projects where he had time. He sat and thought about each line he was writing. Plus, the simple fact that he wanted me and Mike Will to work on the majority of the project together was something special. Nobody else has put out a project where two producers like me and Mike Will, who havenÔÇÖt really worked together before, are sitting down and putting a whole project together.” (Pigeons & Planes)

Recently, producer Mike WiLL Made It gushed over the highly-anticipated album.

Zaytoven recently hinted at the possibility of Gucci hooking up with rap star Drake for a project.

The post Zaytoven Explains Exactly Why Gucci Mane’s “Everybody Looking” Is A Hip-Hop Classic appeared first on For The Best In Hip-Hop News – SOHH.com.