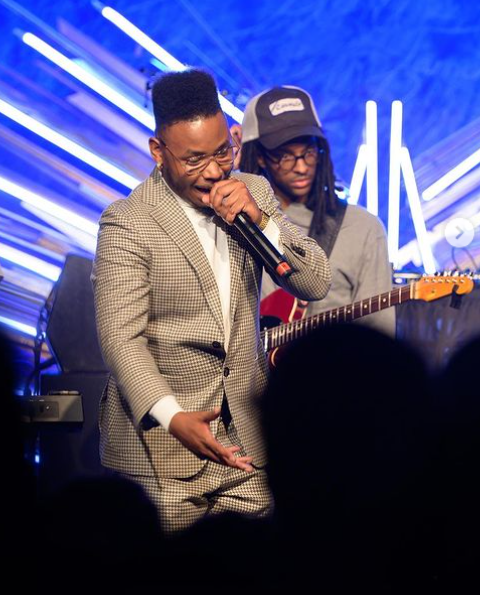 Brooklyn recording artist Ace Clark is no stranger to speaking in empyrean truth.  His artistic love-language is affirmative writing, which casts no judgment on himself or his audience.  He chooses instead to write through the eyes of a poet, sharing his experiences and elements of the human condition with tolerance.  With an understated realization that to grow as humans we must fail.  Taste bitterness.  Experience heartbreak.

It’s no surprise then, with his pen focused on the subject of love, that Clark’s newest work dodges cliche with ease.  That it assumes a sense of clarity and responsibility. To put hard truth at the center of raw emotion.  To move effortlessly from the specific to the universal.

Following his triumphs as an author, and standout performer at NYC Flight Night, It Ain’t All Love has received the critical acclaim it deserves.  Accumulating over 100,000 streams just a week after its release, Clark has earned a reputation both through the power of his work, and through the way he carries himself.  That has directly correlated to a project that will undoubtedly stand the test of time.

Ace Clark: ‘It Ain’t All Love’ 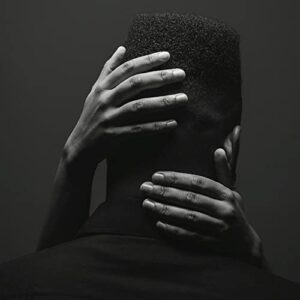 It’s easy to focus on the quality songwriting and wordplay found throughout It Ain’t All Love. Frankly, it wouldn’t be hard to write an entire blog focused on Clark’s masterful use of rhetorical device, rhyme scheme, and storytelling. However, that would come at the expense of the music itself.

Anyone familiar with Ace Clark’s sound knows the attention to detail he pours into production.  At Flight Night, that was on full display as he performed before a live band, complete with the gorgeous backing vocals of soul singer Naiika.

It’s no surprise that It Ain’t All Love infuses elements of soul, jazz and R&B with Clark’s natural golden age tendencies as an emcee.  From the melancholy jazz strings of Hold You Down to the bouncing bass lead of Guilty Pleasure , from beginning to end, the project showcases traditionally soulful musical elements with a modern spin.  And this runs, as connective tissue, throughout the project, concluding with the gorgeous hook of track 8, Reminisce.

Beyond sound design itself, the mix and master of this project is impeccable.  Clark’s lucid, clear cut vocals sit perfectly centered within each gorgeous instrumental, with artful layering through dubs and adlibs.  Hook sections are meticulously crafted, and stand out from verses.  Post production is smooth, silky and clean, in a lot of ways mimicking the subject matter.

At its core, It Ain’t All Love is a concept album.  It clearly outlines the ebbs and flows of love.  How love can progress and regress.  Its development over time.  How it can fade in certain ways and grow in others.  Each track has the strength to stand alone as a separate entity. However, as a compilation, they decisively show a relationship’s ability to mature, or crumble over time.

It Ain’t All Love becomes a special project due to the theme.  Ace Clark uses many subtle punchlines, but not for the purpose of a cheap laugh. Nor to impress through language, but to further his plot.  His puns are a true rhetorical device, which organically push forward the narrative and storytelling of a perfectly crafted concept.

Take, for example, a few of the fire bars in the first verse of track four, Sometimes.

“Sometimes I’m dead broke, most days it’s like communion./Sometimes it’s peaceful, other days we be feudin’./Sometimes I think marriage, other days like ‘what we doing?’./It’s back and forth like a seesaw, I seek to see your,/better qualities, not the drama we often be on.”

Bars that associate wealth and giving with communion, and create visual connections between the ups and downs of a relationship with a seesaw are exactly what make Ace Clark a special talent.  His writing always puts meaning first, using precise imagery and powerful metaphors to do so.

The first few times through, It Ain’t All Love is meant to be listened to front to back.  There are so many rich connections between tracks, and concepts that play off each other.  But that doesn’t mean there aren’t tracks that will stand out to a listener. Just like love itself, it’s a listener’s job to select the qualities that they like best within the fabric of a vibrant project, and make those a part of their soundtrack through life.