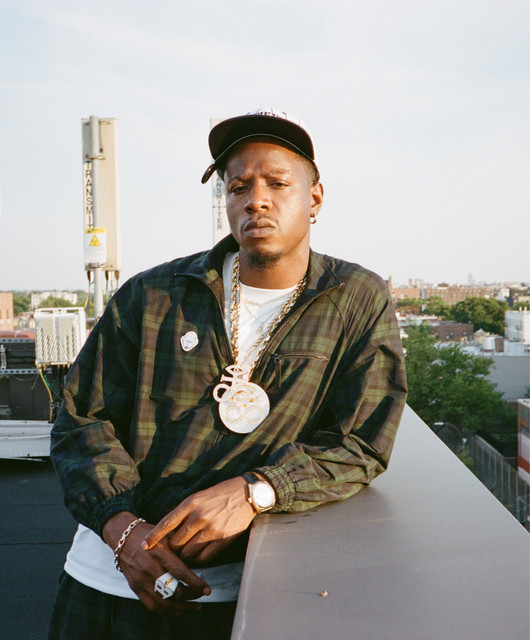 Ten years after groundbreaking mixtape 1999, Joey Bada$$ is back with the sequel.  Guided by spacious, boom bap instrumentals, 2000 Joey is a time traveler. Equipped with experiences as an actor, a model, and the lukewarm reception of politically charged All-Amerikkkan Bada$$, he quests back to 2012, when we first met him.  2000 is an effort to reclaim the creative freedom of a stunning debut, with wisdom of living in tow.  And unsurprisingly, Joey accomplished just that, crafting a project that is stylish, mature and gritty, all at once. 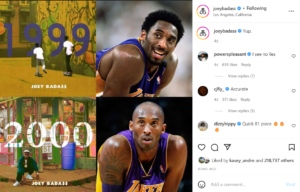 Joey’s Instagram post embodies this take through thoughtful analogy.  With 1999 we were introduced to a 17-year-old kid, with extraordinarily raw talent, and an appreciation for the greats who came before him.  Strains of Nas, of Biggie, even Method Man guided Joey, even at an early age.  1999 Joey had the ability to use the gifts of these legends, and change the game at the same time, very much akin to Kobe’s relationship with Michael and Magic.

2000 Joey Bada$$ has spent time in the trenches.  He’s won rings, suffered heartbreaking losses and become the influence, rather than the one guided by legends.  And much like battle-tested Kobe, he has solidified himself as one of New York City’s immortal emcees.

Above all, Joey’s strengths are tied to consistently impeccable beat selection.  2000 sees him partnering heavily with Statik Selektah.  Additional production credits belong to Mike WiLL Made-It, Cardiak, Kirk Knight, Erick the Architect and more.  The resulting instrumentation is arid, open and warm.  2000 truly feels like a summer project – but not poolside Daiquiri or beachfront property heat.  It is the sun blazing against the backdrop of the Brooklyn Bridge, the relentless heat sitting on a Flatbush stoop. The authenticity of the soundscape lends itself brilliantly to Joey’s forward style.  There are few rappers, maybe ever, who have the mic presence that Bada$$ carries.  He seems more comfortable on the mic than he does when speaking.  There is a tambor, a confidence, and a delivery that are so unique, yet familiar, like watching Jason Tatum hit a one footed fade away that was clearly learned from working with Kobe.  This charisma is what has long since made Joey a favorite among hip-hop heads.

2000 is very close to a no-skip project.  It’s a front-to-back listen, presenting tracks full of nostalgia, technical brilliance, and cohesion.  Moreso, unlike All-Amerikkkan Bada$$, Joey himself feels free, uninhibited by a thematic thread, or inner angst.  2000 is loose, free form, reliant on presenting an overarching feeling rather than a lesson.  That type of mental freedom is only achieved through personal growth, and is what unlocked the very best in Nas on an album like Illmatic.

Joey’s bold claim on track one, The Baddest, set the stage for the rest of the album.  Bolstered by Diddy’s bold endorsements, Bad$$ claims, “Who the best emcees? Kenny, Joey, and Cole.”  Obviously, this line is divisive, yet effective.  If you disagree, Joey is telling you fuck your opinion.  I’m going to prove it through rhyme.  If you agree, it’s a “told you so” moment, which is how I personally feel about this statement.

From The Baddest to the final track Written in the Stars, Joey weaves his way in and out of these soulful beats with outstanding flow and unmatched presence, with very few hiccups.  The Westside Gunn featured, Brand New 911 is an early highlight, with its driving sax and laid back tone.  Gunn adds his unique tone, and explosive vocal hue to the track, making it an instant classic.

Where I Belong might be the most classic, boom-bap hit on the project, which Joey used extensively for 2000 promo.  The flow, delivery, and beat here are perfect, and mesh well with a gorgeous, well executed hook.

Another personal favorite of ours is Show Me, which is an exquisite example of sampling by Statik, who chops beautiful guitar/vocal segments from popular dreampop group Men I Trust.  The track is intimate, heartfelt and well executed, with Joey expressing sentiments on love and its hardships. “‘Cause transparency my love language/Can’t see the bigger picture if your vision tangled/Love is like glass, either break it or you stain it.”

Joey personally spoke on two of the songs as carrying extra meaning to him.  Track 12, Head High explores Joey’s complex friendship with XXXTentacion. “This is one of my favorite songs that I’ve ever recorded,” he said in an interview with XXL. “This is an essential, one of the greatest, most mature, heartfelt records that I’ve ever written… nobody is putting sh*t out like this right now.”

Meanwhile, Joey pays respects to another fallen friend, Capital Steez, who was one of the founding partners of Pro Era.  Survivor’s Guilt is a heart-rending ode to Steez, who took his own life in 2012.

My new song “Survivor’s Guilt” is out now. Dedicated to Capital STEEZ and my cousin Junior B 🕊, this song is by far the most heartfelt song I’ve ever made and it felt incredibly therapeutic finally being able to put my thoughts and sentiments into words. https://t.co/7FNdo5tLNc pic.twitter.com/pD6pC3ciye

Joey’s thoughts here are complex, to say the least.  He speaks directly to Steelo fans, and family, who have harbored some ill will toward the two’s complex relationship.  “Yeah, we had some problems, but what brothers don’t? Sure/Then I caught a little wave and headed back to shore/And that’s when he started drowning and he had no one around him, so, partially, I feel it’s my fault.”

All things considered, 2000 does have its shortcomings.  There are flashes where it feels as if the production is carrying the bars, rather than being guided by them.  There is one real thunker, Welcome Back (feat. Chris Brown & Capella Grey), which sees Badmon describing in vivid detail his sexual relations with an engaged woman. Brown’s halfhearted vocal contributions do little to save the track.  On most projects, one skip can be easily forgiven, but in so many ways 2000 is a project that pleads to be played front-to-back.  Consistency in theme and production create natural bridges, and Welcome Back is like a plane crash in the middle of it all.

Critics tend to point at Joey as bravado-forward, but name a rapper in 2022 who isn’t.  While their favorite artists may be bragging about guns, money or body counts, Joey spends time harping on his abilities as a rapper. Take Cruise Control for example where Bada$$ spits, “Name a n*gga that I ain’t better than, my flow iller/ Still, it’s the cure like medicine, the cold killer/Glock tucked inside the letterman by Pro Era.”

Sure, we’ve heard these types of bars many times.  But while this may feel like a played out or lazy technique, it is all part of the package Joey presents to pay homage to the greats. To create his art with respect paid to his influences.  It is echoed by the words of Nas and Diddy on their speaking portions of the album.

For a sequel that was ten years in the making, and a five year hiatus from his last project, fans were expecting a superb showing from Joey Bada$$.  It would be hard to argue that they got anything, but that with 2000.