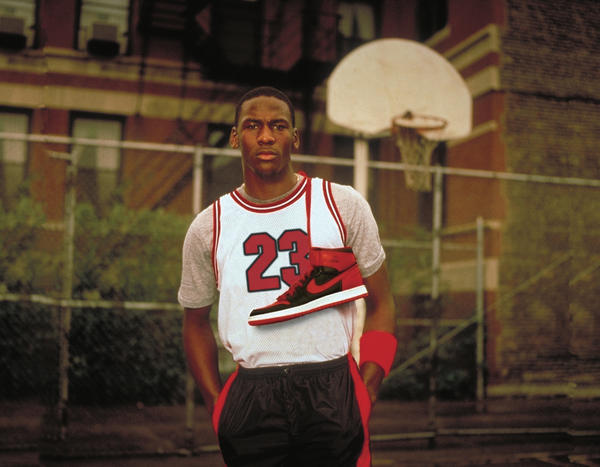 The Air Jordan 1 “Banned” is getting another retro release this year. Last time sneakerheads were able to get their hands on a pair(minus the resell tax) was in 2011, and in 2016 the shoe inspired the launch colorway of the new Air Jordan XXXI.

When JordanÔÇÖs footwear arrived during his rookie season, it shared with the world some of its namesakeÔÇÖs tradition-breaking bravado. A black and red colorway violated the leagueÔÇÖs uniform policy,┬áearning a stern letter from league officials and generating a $5,000 fine┬áeach time the player┬áwore the shoes on┬ácourt. ÔÇ£Around this time,┬áif you knew anything about NikeÔÇªNike stood on this kind of rebel behavior,ÔÇØ recalls Jordan Brand VP Howard ÔÇ£HÔÇØ White, in reference to the runners and tennis players connected to the Swoosh. ÔÇ£This Jordan, that color of the Air Jordan I, kind of galvanized that universal scope.ÔÇØ

Check out detailed images of the Air Jordan 1 “Banned” below and on the following pages. Note, there is no miscellaneous “X” on the heel of these like in the 2011 version.

If you’re trying to cop, September 3 is the day they arrive and they’ll cost you $160.