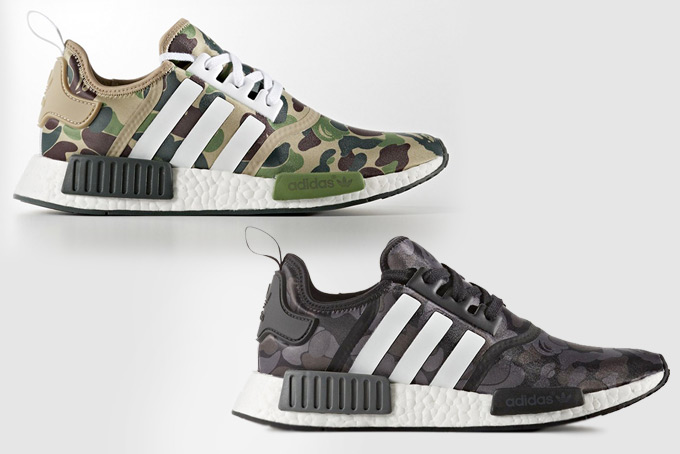 Mark your calendars, hypebeasts. Those Bathing Ape and Adidas NMD R1 collabos that y’all been salivating over have finally gotten a release date. After months of anticipation the camouflage kicks baring the Adidas stripes along with the Bape face hidden in the camouflage are set to hit shelves on the day after Black Friday, November 26th.

Even though that’s the same weekend that Jordan and Nike will release some equally highly anticipated sneakers, the combination of Bape’s cult following and the popularity of Adidas NMD model should spell mob madness at participating sneaker spots.

Check the joints below and let us know if they’re worth spending a Saturday morning on line for.