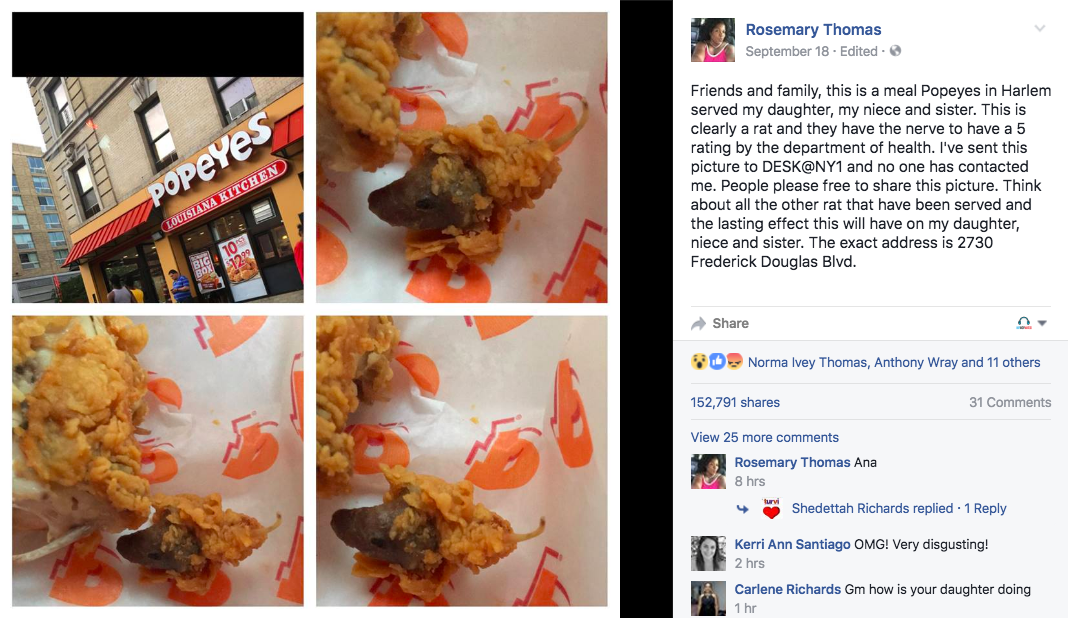 Yeah, this is about as gross as it gets. A Harlem woman claims she found a fried rat head in her order of Popeyes fried chicken.

Rosemary Thomas claims the head of the fried critter was found in food her niece, daughter and sister ordered from the Popeyes on the corner of 145th St. and Frederick Douglass Blvd.

She posted an image of what she found on her Facebook, noting her family had been traumatized and asking that it be shared. But where was the rest of…ya know what, never mind.

DNA Info New York broke the story, and reached out to Thomas for comment but didn’t get a response.

We can guarantee you it will be business as usual at Popeyes, though. Just saying.