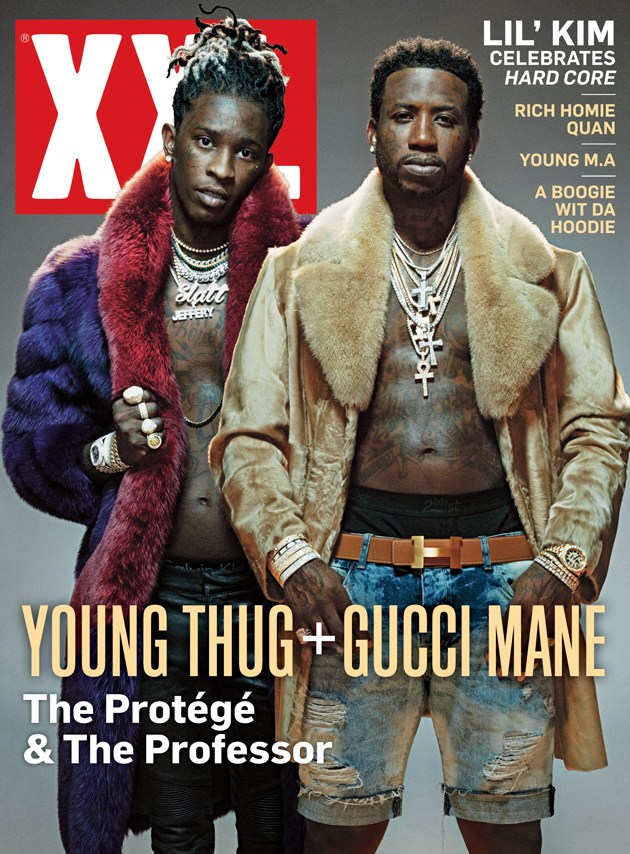 Guwop and Thugger cover the Hip-Hop mag under the tagline The Protégé and the Professor.

The Atlanta rap stars go way back. Thugger was signed to Guwop for years and brought up under the beloved rap star, learning a ton about the game along the way. They share a bond and a brotherhood from years spent in the studio and clubs together, working on their craft.

For the new issue, the two artists both sat with XXL to talk about their journeys to stardom—including some of the bumps they have hit along the way—their history with each other, thoughts on the current hip-hop landscape and personal focuses for the future. Gucci, who has been somewhat absent from hip-hop for the past three-plus years, due to a federal prison bid, also discusses his life before the jail sentence and what he had to do to change himself and succeed when he got out. Thug, who has found comfort in the world of fashion, also talks about how that fits in his budding career and what it means for himself and hip-hop.

Props to whoever talked Young Thug into not wearing a dress.

Both will be seen performing at the BET Hip Hop Awards, which air Oct. 4.

Check out the cover and more photos on the flip.