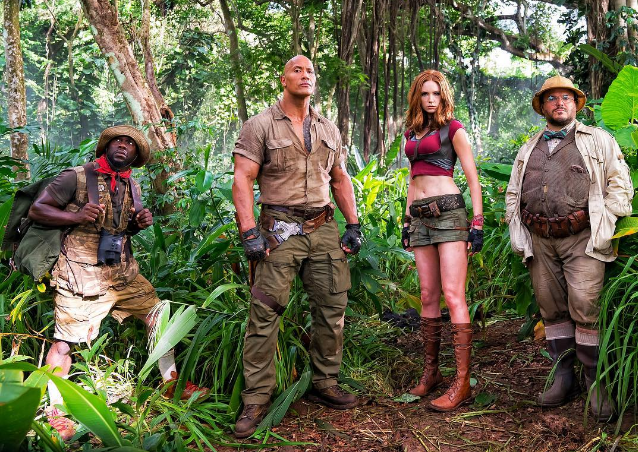 Yes, a Jumanji reboot is really happening. Also, it is starring the Dwayne “The Rock” Johnson and Kevin Hart, as well as Jack Black and Karen Gillan.

The Rock posted an officla image from the set, so you know that it’s real, on Instagram.

Hart posted the same pic, but the Rock covered much more details with his caption.

It looks as solid as can be from just a photo, but let’s hope the film lives up to the OG version.

Also, Karen Gillan is just asking for all types of mosquito bites.