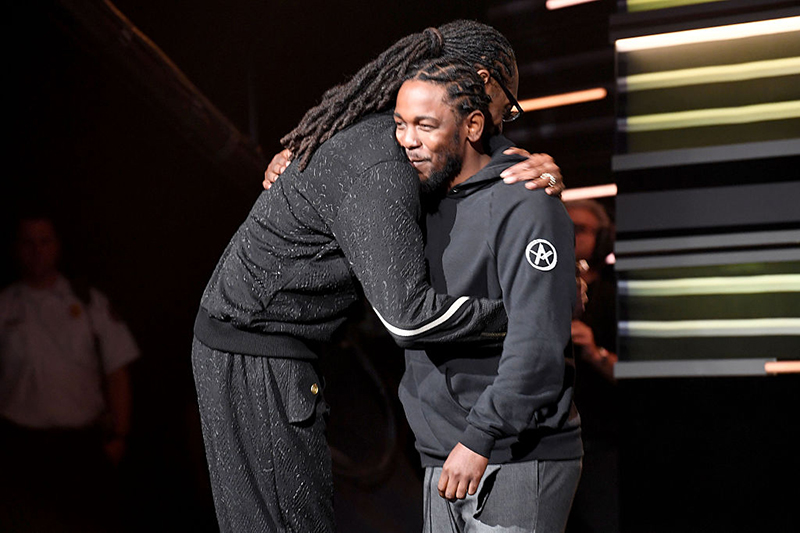 “He mastered the game through tests and challenges that earned him the respect of a college professor, except his game came from the streets,” said K-Dot (via Chicago Sun-Times). “He put [me] on game, so I would avoid the same pitfalls. … Snoop Dogg was the god and continues to be so.”

Snoop continued to share his insight on stage while accepting his award.

“To all the young rappers in the game, a lot of people don’t understand you,” he said. “Y’all are misunderstood. I was misunderstood at the beginning. So you got to keep pushing, be original and diverse. Hip-hop was created many years ago, and it’s taken people so many places. You have to be who you are.”

Hosted by DJ Khaled, the BET Hip-Hop Awards also featured performances from Gucci Mane, T.I., Young Thug, Travis Scott, and Desiigner, among others. Fans will have to wait to see the whole show, which is set to air Oct. 4 on BET.