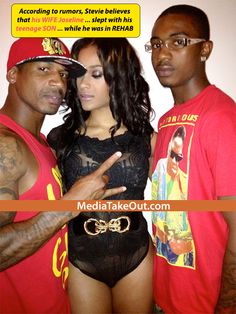 Bad Boy hitman and Love & Hip Hop: Atlanta star Stevie J has been ordered to rehab and home detention. A judge made the decision because the “Ride Or Die” (Jay Z) producer violated the terms of his bail via failed drug tests and related struggle.

It’s the second time the “Love & Hip Hop: Atlanta” star, aka Stevie J, has been hauled into Manhattan federal court for using drugs while awaiting trial for failure to pay over $1 million in child support.

“It may be a bit of a shock for you. You are really testing the limits of the court’s patience,” she said.

Assistant U.S. Attorney Andrew DeFilippis said Jordan failed multiple drugs tests, including in June and August, and that he has missed many more testing appointments. The Atlanta resident also flew to Buffalo, NY, without permission and has “adamantly denied” his drug use, DeFilippis told the judge.

“The government is really at a loss for any solution,” DeFilippis said in asking that Stevie J be locked up — a request the judge denied.

Stevie J denied all of the prosecutions claims against him. But did admit to doing coke two times this year in his studio in Los Angeles

May want to chill on that, buddy. Reportedly, Stevie J owed over $1M in child support.