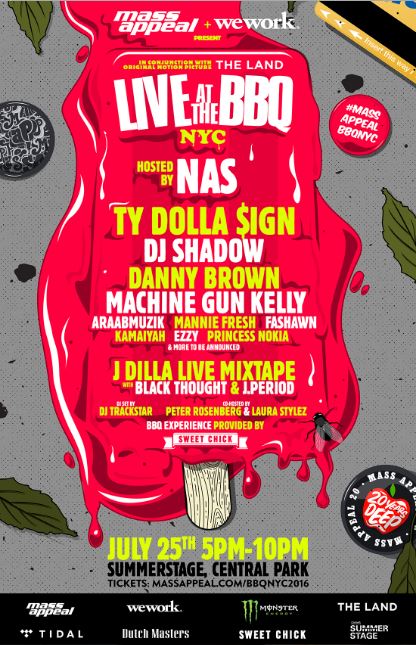 The event, which will be hosted by Nas and Hot 97’s Peter Rosenberg and Laura Stylez, takes its name from the 1991 Main Source classic, “Live at the BBQ,” in which Nas made his rap debut.

Black Thought and J.Period will also be spearheading a J. Dilla tribute set.

Nas who recently dedicated his July 8 performance of “One Mic” at the┬á80/35 Music Festival in Des Moines, Iowa, also┬átook time during his set to address the deaths of┬áPhilando Castile and┬áAlton Sterling.

“We gotta change this,” Nas said to the crowd. “No more violence in this great, beautiful country. The best country in the world.”

Live at the BBQ┬átakes place on July 25, for more information or to purchase tickets for the event, click┬áhere.

Nas To Host ÔÇÿLive At The BBQÔÇÖ Concert In New York City : The Source