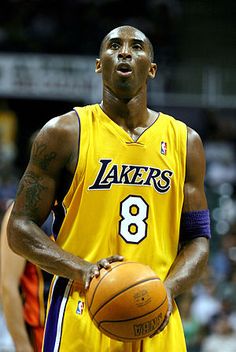 Phil Jackson is considered by just about everybody with knowledge of the NBA as a basketball god. Jackson, who won 8-championships during his coaching career and molded two of the greatest players ever–Michael Jordan and Kobe Bryant–into Hall of Famers, is no longer patrolling the sidelines in favor of a less pressurized, more important job as President of the New York Knicks. From there, he’ll try to push another once-in-a-generation-talent (Carmelo Anthony) to the championship level, but from afar.

In Jackson’s spare time, he mulls over ideas that will help make the game of basketball more captivating and exciting, and his latest musings have produced two ideas that may sound crazy, but aren’t all that far-fetched when you think about it. Phil would like the league to consider adding a 4-point line–take that, Steph Curry–and 6 seconds to the shot clock, which would result in a 30-second shot clock. TNT analyst and legendary 3-point shooter Reggie Miller has laughed hysterically at the idea, but it would be smart not to write Jackson’s thoughts off too soon. In a conversation with Charly Rosen of Today’s Fastbreak, Jackson made the case that a 4-point line would help avoid the blowout games we see all the time in the NBA.

Why not have a four-point line about 35 feet out? It wouldnÔÇÖt be long before players will get reasonably comfortable shooting from out there.┬áAnd having a four-point line would certainly serve to enable teams to catch up in what are now blowout games.

Phil might have point. The Stephen Curry Effect has already begun to take hold, and┬áaspiring players are starting to perfect their super-long range jumper much earlier in their basketball lives than in┬áprevious years. The game will always evolve, and Jackson has been around long enough to know that for a fact.