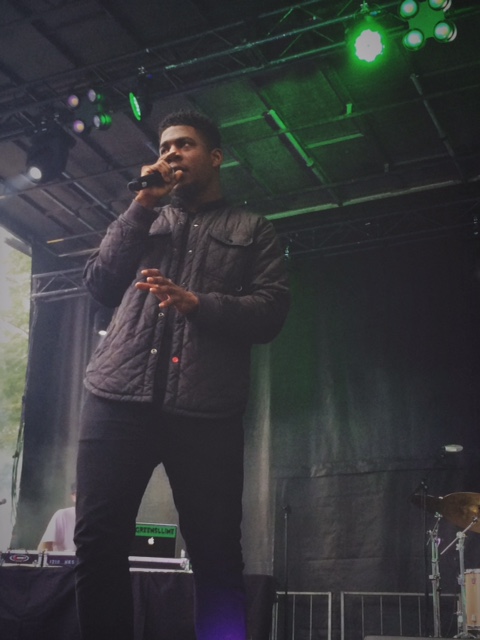 It’s 5 pm at Union Park and an influx of dyed man buns, geometric sleeve tattoos, and coconut water have arrived. Always my favorite time of the year, this only means Pitchfork 2016 has yet again, came through for the city of Chicago. With a smaller lineup but even bigger names (aka the mocha god┬áMiguel), Pitchfork 2016 starts their first day with notable rookie┬áMick Jenkins.

Following his sophomore tape Wave[s] Mick Jenkins is making noise in Chicago and made his mark at his first ever Pitchfork performance. Opening up at the Blue stage,┬áthe slight water shower put a delay on the show but also amped up the theme of his performance. A combination of a rap show and a motivational speaker for uh, water, Mick Jenkins encourages the crowd to “drink more water” to the tunes of some of his best hits. Not a bad speech to start the festival. With such a chill vibe starting off the 3 day music event, I hope all the other rap acts bring the same vibe or water inspired speech.