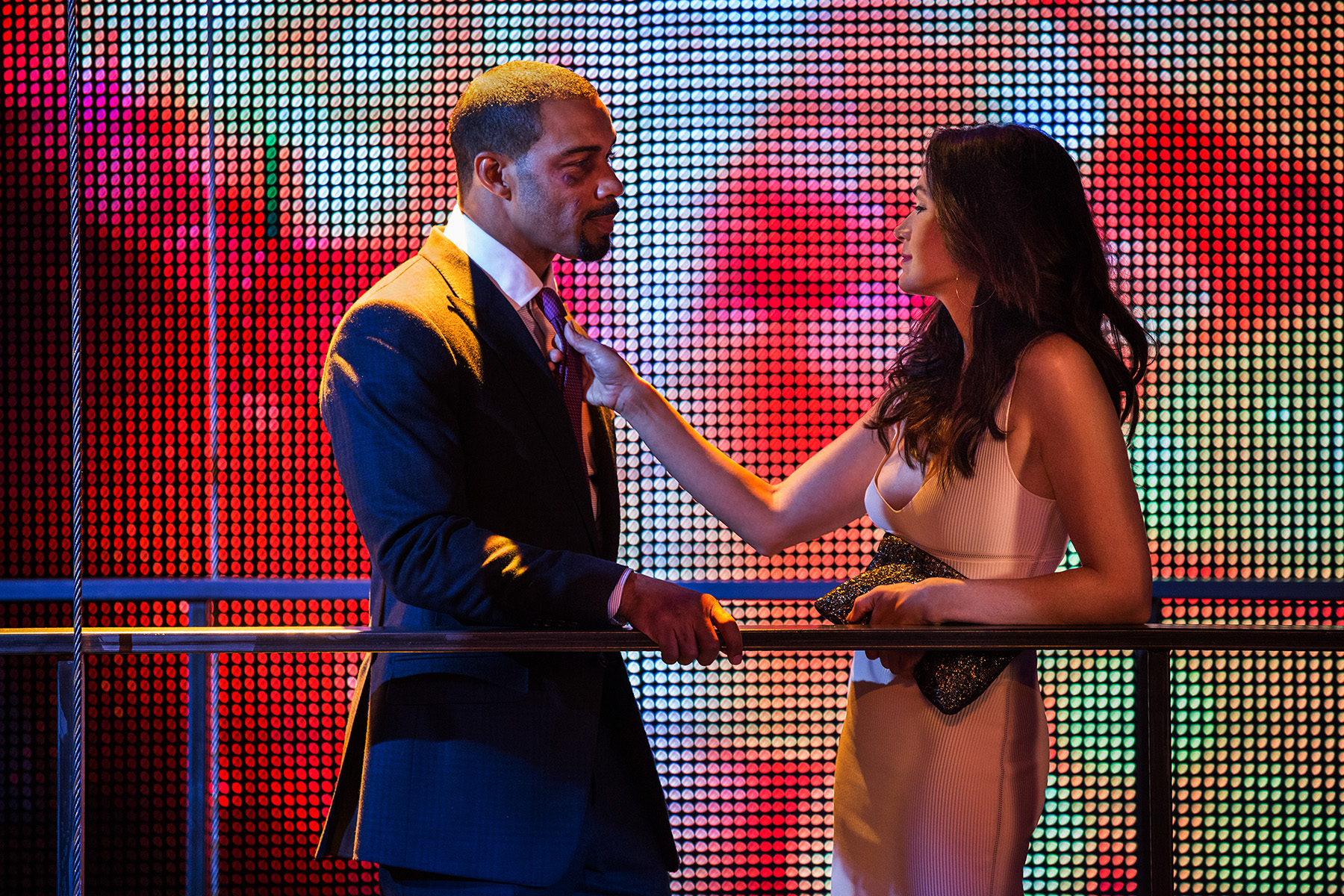 Rising out of the ashes of the bloodiest episode in the series, Power returns for season 3. Only a few short weeks have passed since Ghost eliminated his drug network in pursuit of a law abiding life, but getting out the game wonÔÇÖt be as smooth of a process as he imagined.

Ghost has become the new Simon Stern of nightlife, as the proprietor of Truth and a collection of venues. Ghost is still investigating who left the Arana photo in his office. HeÔÇÖs been reviewing surveillance tape and has focused on Tatiana, a bottle girl who put the card in his office. Ghost sneaks into her apartment, only to find a trail of blood all over Tatiana’s apartment and her whereabouts unknown.┬á

Ghost gets rid of Kantos during a huge staff meeting to make an example out of him, but Kantos knows that Knox is snooping around asking questions.┬áWhy does Ghost suddenly distrust Kantos and could this bode ominous to TruthÔÇÖs future?

Ghost has Dre working for him, as Dre proved his loyalty at the end of season 2. Dre wanted to leave the street life but still yearns for the hustle, as honest work doesnÔÇÖt vibe well for him now. Dre tries to convince Ghost that they can still lead the Hustler/Business Man dual lifestyle, but Ghost will hear none of it. They are either in or out, and Ghost makes it clear that heÔÇÖs OUT!

This episode explores the Jamie/Angela relationship in a post ÔÇ£GhostÔÇØ world. Angela wants to meet JamieÔÇÖs kids, and eagerly hopes to truly move forward as a couple. Jamie is reluctant to advance the relationship in this way, but knows that tough talks have to happen between he and Tasha anyway.

Tasha and Ghost have to face reality that their relationship is over, and have to present their kids with the new normal. Tasha confronts Ghost about SeanÔÇÖs death, implicating him in the murder. Ghost adamantly declares his innocence, and explains his side of the story. Tasha speaks to Tommy about Ghost and Tommy corroborates his story. Tasha seemingly has no reason now to distrust Ghost.