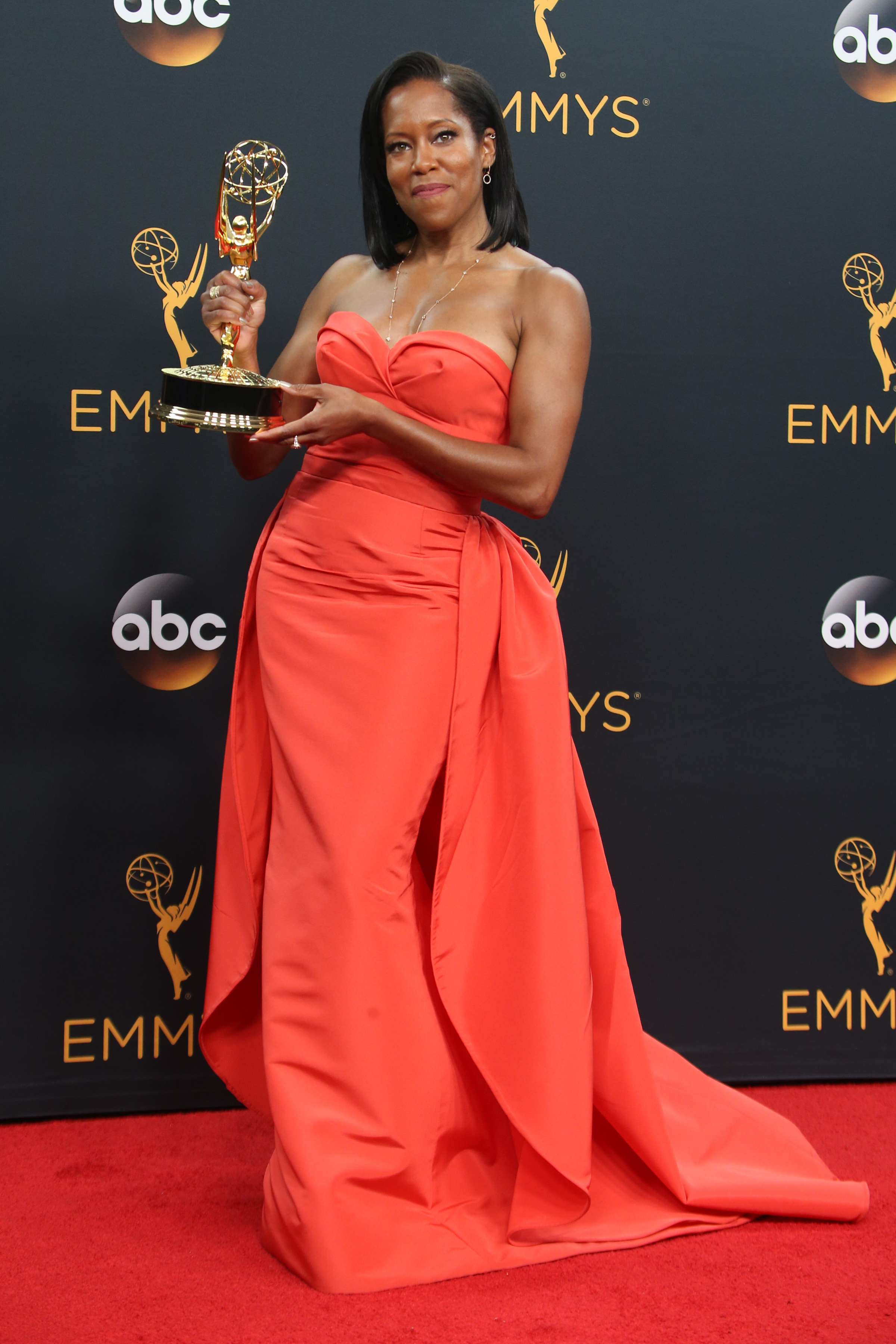 The Emmys went down last night and, as expected, Game Of Thrones won a bunch of them. But to keep it 100, all we’re really checking for is the fact that Regina King picked up another Emmy for her role in American Crime.

Yep, Ms. King of 227, The Leftovers and the voice of Riley on The Boondocks fame won an award for Best Supporting Actress, Limited Series or Movie, beating out actresses like Kathy Bates in American Horror Story: Hotel and Jean Smart in Fargo.

And she slayed on the red carpet.