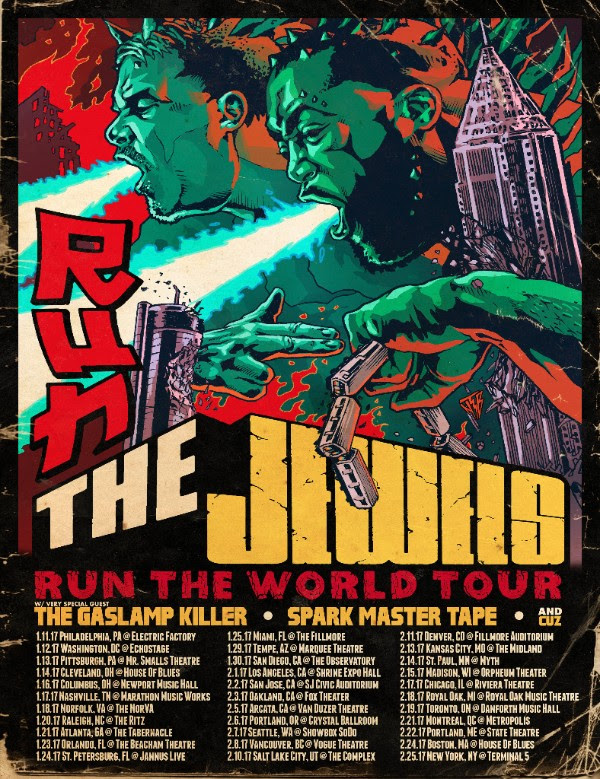 Run The Jewels are coming to kick down your skyscrapers with their 2017 “Run The World” tour.

El-P and Killer Mike are up to their sinister ways again. The duo just announced what’s sure to be another rowdy tour.

“Hide your kids, lock your doors, we’re coming to f*ck sh*t up” reads the e-mail that fans were greeted with this morning. The tour starts Jan. 11 in Philadelphia, the city that booed Santa Clause, and ends on Feb. 25 in New York City, the Rotten Apple.

The Gaslamp Killer, Spark Master Tape and Cuz will be joining them for the ride.

Check out the dates after the jump.