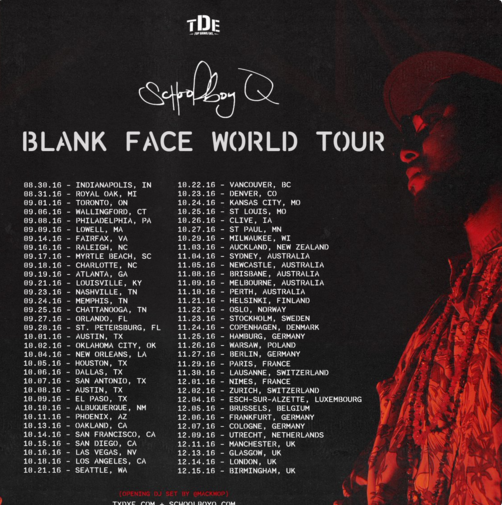 After a very successful Groovy Tony Pit Stops run, ScHoolboy Q is doubling back and then some with his Blank Face world tour.

The Groovy Tony Pit Stops tour was comprised of shows at smaller venues that ScHoolboy Q personally picked. The venues were either spots that he performed at when he was just starting out, or places that he had a personal connection to. He said the shows were also a way to find out what songs from his new album that fans wanted to hear the most. While the shows were only for one hour, each of them were epic and he promised that the Blank Face tour would come back even bigger.

Q revealed the dates on his Twitter page Tuesday [July 19].