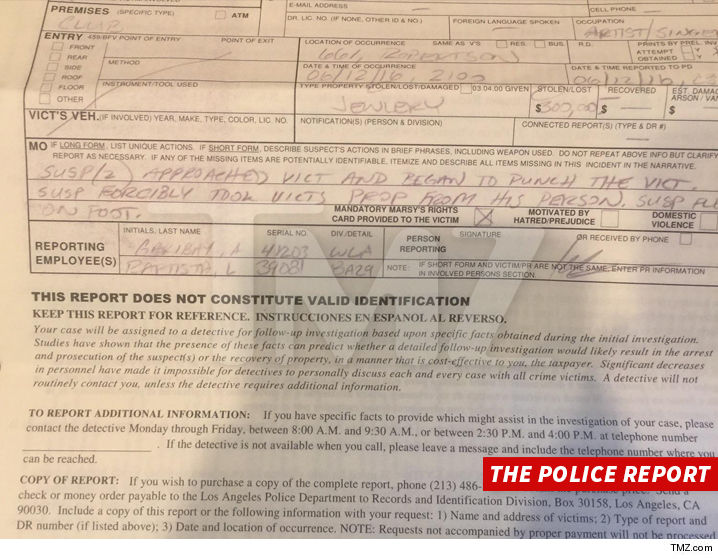 The quasi-beef between The Game and Meek Mill turned ridiculous when it was discovered that Sean Kingston getting pilfered for his jewels was at the heart of the struggle. After Kingston went on a patois infused, via social media, slandering of the Game, the singer’s lawyer also says he is no snitch.

According to the Game, Meek Mill threw his name at police who were investigating Kingston’s robbery at a Los Angeles club. This is the robbery in June at Penthouse, not that time Kingston said he was kidnapped by a jeweler in late 2015. Keeping up?

However, the “Beautiful Girls” singer’s lawyer says he never even spoke to the authorities and he is actually suing the club where he got jacked for negligence.

“At no time did my client bring up The Game during the investigation,” Kingston’s lawyer told TMZ. “In fact, [Sean], to date, has not even spoken to any member of the LAPD regarding this incident.”

TMZ also obtained the police report, and there is no mention of the Game. So now, Game is battling a rapper and a Pop singer, at the same damn time.

Hip-Hop in 2016 folks, make sure you always have popcorn in your crib.