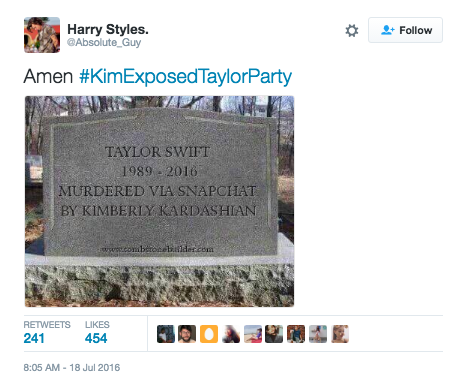 Kim Kardashian put Taylor Swift on full blast via a Snapchat. It’s not like the Internet needed much motivation, but the┬á#KimExposedTaylorParty hashtag reveals the delight many are taking in getting Taylor Swift out the paint.

Check out the best #KimKExposedTaylorSwiftParty memes below and on the following pages.