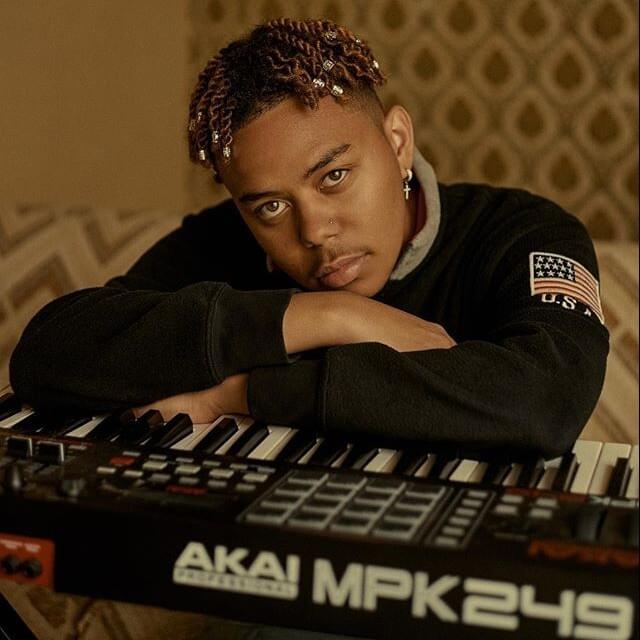 2021 has been a dope year for drops from hip-hop’s cream-of-the-crop.  From Cole’s The Off-Season to Drake’s Certified Lover Boy, to Kanye’s Donda, we’ve been blessed with tons of new music from the genre’s premier artists.  With Kendrick’s final TDE album on the way (possibly titled Oklahoma?), the artists who we have come to express greatness from will have all dropped projects this year.  However, several of the games top up and comers will soon be throwing their names in the hat.  Isaiah Rashaad already delivered a classic, and we believe these artists have the potential to rock the rap game to its roots with projects enroute.

Cordae – From a Bird’s Eye View

Cordae is the youngest rapper on this list, and perhaps has the greatest mainstream, commercial appeal of the group.  His balance and versatility as an artist speak to an understanding of the game, and a wisdom that far exceeds his 22 years.  Cordae’s debut album The Lost Boy was unquestionably one of the best albums of 2019 (winning a Grammy Nomination for Best Rap Album), with a wide array of styles (bangers like Have Mercy & Broke as Fuck and the sophisticated, jazzy vibes of RNP featuring Anderson.Paak).  However, Cordae is at his very best when he writes introspectively, speaking freely about family, youthful struggles, and coming of age.  It is this storytelling ability that makes Cordae uniquely endearing to both hip hop’s old heads and the next generation.

Expect more of the same from Cordae, and don’t be surprised if singles like The Parables or Gifted (feat. Roddy Ricch) show up on From a Bird’s Eye View.  Cordae gave fans a four track EP titled Just Until…. which we assume was meant to hold us over until the album.  The EP has its moments, but mostly just wet the palette for more from Raleigh, NC’s rising star. The lead single Super was released several weeks ago, further building momentum for the project.

It has been three years since JID dropped his sophomore album DiCaprio 2, but Dreamville’s diminutive fire spitter has been anything but quiet, releasing a flurry of dope features, figured prominently on his label’s Revenge of the Dreamers III and his collective Spillage Village’s Spilligion and wrote thoughtfully and artfully about Black History on inspirational February single Skegee.  JID’s work ethic has never been in question, so his near radio silence since the winter (other than a brief track for the Madden 2021 soundtrack) should hint toward The Forever Story coming soon.  In studio shots shared by JID on social media have shown studio sessions with talents such as 6lack, Denzel Curry, Smino and Rico Nasty.  With this genre-twisting collection of potential collaborators, it should be expected that The Forever Story will be worth the wait.

JID has made clear that he does not just want to be remembered for his breakneck flow, and inexhaustible punchlines, but for the depth of his writing, and for the change he can make for the culture.  DiCaprio 2 showed glimpses of this potential; expect continued progression on the writing front from one of hip hop’s most exciting prospects.

It seems that Kota has the Midas touch of late.  To Kill a Sunrise married Statik Selektah’s vintage boom bap roots with Kota’s natural flow, and down-to-earth lyricism.  Few, if any rappers have marked their personal progression so vividly in their music.  Lupita’s Interlude led off the Presidential Inauguration playlist, and Kota recently announced the relaunch of his Flight Night Festival, which will include shows in Chicago, LA, Harrisburg PA and NYC before going overseas.

Kota’s music speaks for itself, from the brilliant 2020 album Everything to 2021’s Lyrics to Go, Vol. 2 which can be listened to through as almost a self-help project.  Kota has remained as consistent, and as honest as any rapper in the game, and the first album single ’96 Bulls hints at more of the same.  Kota has proclaimed to multiple sources that Memo is him at his absolute best.  If what we have been getting isn’t his best, it is hard to imagine the impact this new project could have.  As a prelude to Memo Kota plans on releasing another iteration of his visual series of vignettes, Lyrics to Go.