What To Expect From The UKÔÇÖs New Prime Minister Theresa May 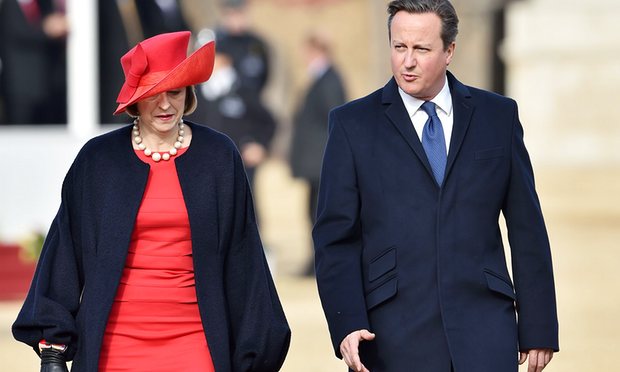 Following the turmoil that accompanied BritainÔÇÖs referendum vote to exit the European Union, a new Prime Minister has taken the reigns after David CameronÔÇÖs rather embarrassing resignation.

Her name is Theresa May, a former cabinet member of CameronÔÇÖs government, and the appointment has been greeted with ÔÇÿin with the new boss, same as the old bossÔÇÖ motto. Paradoxically, May is seen as a rather staunch right-winger, who in truth is far more conservative than her centrally aligned predecessor, with much of the working class and ethnic minorities of Britain in fear of what is to come.

We aim to look at the credentials and past actions of Mrs. May, as she becomes the second female to take over the most prestigious yet burdening job in Britain.

The much expected, and incredibly maligned, Boris Johnson was expected to take over from Cameron after spearheading the distasteful and downright scare-mongering Brexit campaign, however he withdrew from the race almost immediately after the news of Cameron jumping ship. This led to a move that was seen as incredibly confusing, given MayÔÇÖs campaigning to stay within Europe. She has been given the difficult task of following through with the publicÔÇÖs decision to leave Europe and in turn trigger the much discussed Article 50, a constitutional requirement of two years notice to completely exit the EU.

She held the prestigious Home Secretary Minister since 2010 with her slanderous perceptions of the national police force remaining her most famous highlight after being quoted as saying the police continually ÔÇÿfail to stand up for domestic violenceÔÇÖ, as well as their ÔÇÿquestionable spending on gifts, clothes and homesÔÇÖ. Rather hypocritical for a woman known for parading her array of designer shoes.

The fact her successful candidacy came about so undemocratically is something to behold, especially after her forthright lambasting of former PM Gordon Brown after he took the top job following Tony BlairÔÇÖs high-profile resignation. She demanded an immediate general election and called the instating of Brown as leader of the country as a violation against democracy. Fast-forward nine years to her undemocratic rise to power to the most powerful job in the country, and once again the hypocrisy and subsequent cover up is surely a cause for concern, however nothing has been made of it.

Her tough stance on the subject of immigration is also a worrying concern after her continuous outcry to keep borders under strict control. Whilst this is a minor act compared to Donald TrumpÔÇÖs ÔÇÿcomplete ban on all Muslims entering the USÔÇÖ, their hard-nosed, right-wing attitude draws similar comparison.

It remains to be seen what the future holds for Britain, with many analysts expecting the poor to be poorer and the rich to be richer in the traditional Tory manner. With the increasing rise of extremism and national security under threat, many would argue Theresa May lacks the know-how and pure leadership ability to drive Britain to a balanced and healthy society. With a complete lack of strong opposition, with the Labour party experiencing a whole catastrophe of dilemmas themselves, the whole country is in a peculiar stage of confusion and disbelief.

One things for sure, the future doesnÔÇÖt look so bright after all.

What To Expect From The UKÔÇÖs New Prime Minister Theresa May : The Source