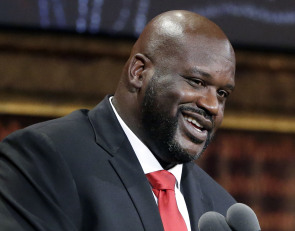 Allen Iverson made sure to shout out the guys who got him pumped before each game during his #HOF induction speech. pic.twitter.com/ud3AfkQaGs

Allen Iverson, a cultural icon for hip hop culture, entered the Hall of Fame tonight. He spoke from the heart in a seemingly half-impromptu speech in which he name dropped the artists above (dope taste in pump up music) and a whole host of others. Here’s the Chappelle’s Show reference:

And some more clips to officially cap off a legendary career.

.@alleniverson to his children: "Thanks for being my crutch and I love y'all so much." #16HoopClass https://t.co/k5RvmI29Of

"I remember coming home from school one day…" https://t.co/vkMj9TMhLq