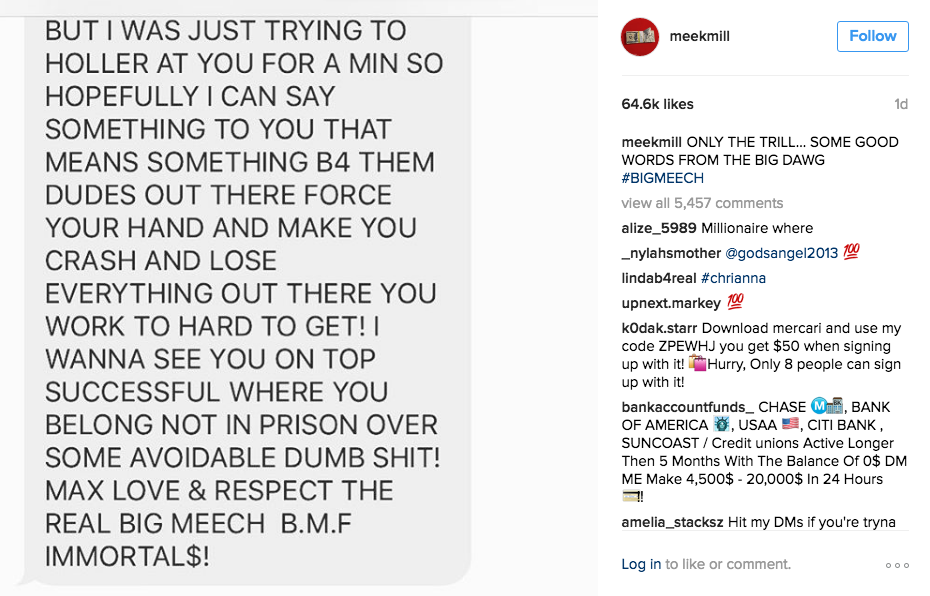 One person closely monitoring the current beef between Compton rapper the Game and Philadelphia rapper Meek Mill is Big Meech of BMF infamy. The Black Mafia Family honcho, who is currently serving a 30 year sentence for drug trafficking, sent Meek a note urging him not to do anything that could jeopardize his success.

“I wanna see you on top successful where you belong not in prison over some avoidable dumb sh*t!,” read part of the message from Demetrius “Big Meech” Flenory, which Meek shared on Instagram.

“Some good words from the Big Dawg,” wrote Meek in the caption.

So far, Meek has taken the relative high road, noting in a now deleted IG post that the Game went from wanting to just physically throw hands, to dropping a diss tape…all while he preps to drop a new album. Added perspective—unfortunately via tragedy—comes from Meek’s cousin being shot and killed in South Philly late last week.

No doubt Meek’s P.O. approves of the rapper’s restraint.