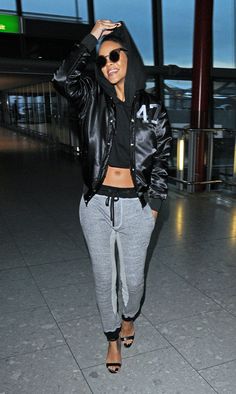 Bobby Shmurda‘s court saga has come to an end for now. The rapper accepted a plea deal today and will serve seven years behind bars.

Bobby Shmurda and two co-defendants, Chad “rowdy rebel” Marshall and Nicholas McCoy, accepted a plea deal from the prosecution in a court hearing today, agreeing to serve seven years in prison rather than risk trial, which had been scheduled to begin Monday.

The three accepted a global plea deal, meaning that the offer would only be on the table if all accepted the deal. After tense negotiations with their attorneys, the deal was accepted.

This news comes after years of delayed court dates, battles over testimony and evidence, and a lawsuit filed by Shmurda against the NYPD.

Shmurda, born Ackquille Jean Pollard who seemed destined for stardom when his 2014 viral hit “Hot N*gga” took off, has been in jail longer than the song was a hit. The song has now gone down in infamy for being a trail of evidence to the crimes he and his GS9 crew members have committed.

Shmurda turned 22 years old this past August. If he serves the entire seven years, he will still be getting out before he turns 30.