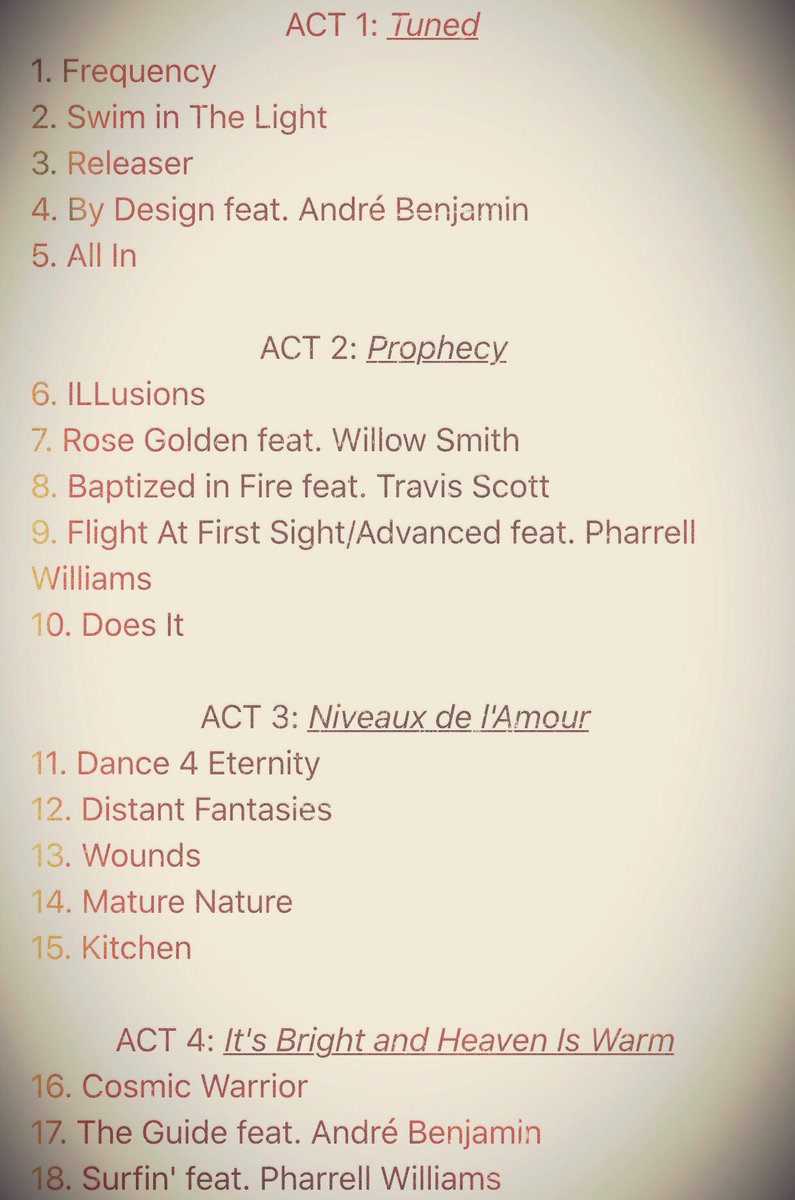 After going on an unhinged delivery of slander aimed at Kanye West and Drake, Kid Cudi gets down to more pertinent business. Today, the often divisive rapper/actor dropped the tracklist for his forthcoming new album Passion, Pain & Demon Slayin.

What will raise the eyebrows immediately of many is not one but two feature appearance from Andre 3000. In case you don’t recall, 3 Stacks praised Cudi’s last effort, the largely forgotten (unless you’re a true Cudi devotee) Speeding Bullet 2 Heaven.

Pharrell Williams also makes a pair of appearances while Willow Smith and Travis Scott are also listed as contributors.

Peep the tracklist for Passion, Pain & Demon Slayin, which is split into four acts, below.