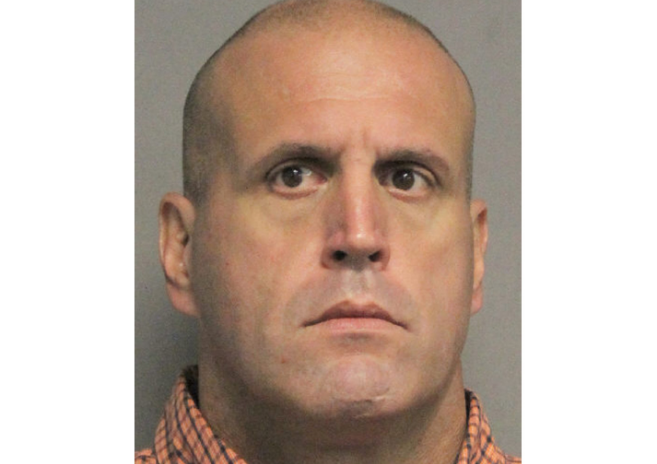 Yes, there are cops who do their jobs correctly and respectfully. However, this Louisiana officer was caught on video kicking a handcuffed man, and actually got fired for it.

According to the Times-Piscayne, Robert Wallow, 47, was fired then arrested on charges of simple battery and malfeasance in office.

The incident occurred back in April 2016. In the footage, Wallow is seen detaining a man, Carlos Gustavo Pineda, 21, who is on the ground. The man in cuffs (with his hands behind his back) was face down and putting up absolutely no fight.

Nevertheless, Wallow found it necessary to kick the man, repeatedly, despite at least two officers being present with him on the scene.

Did those cops report his brutality? Reportedly at least one other officer has been placed on administrative leave.

The incident occurred back in April 22, and Wallow wasn’t reportedly placed on administrative leave until Aug. 26, despite an internal investigation being opened April 25.

Mind you the suspect, Pineda, did plead guilty to burglary, so there is no condoning such behavior. That doesn’t justify Wallow’s excessive force, though. And now, he had a mugshot, too.