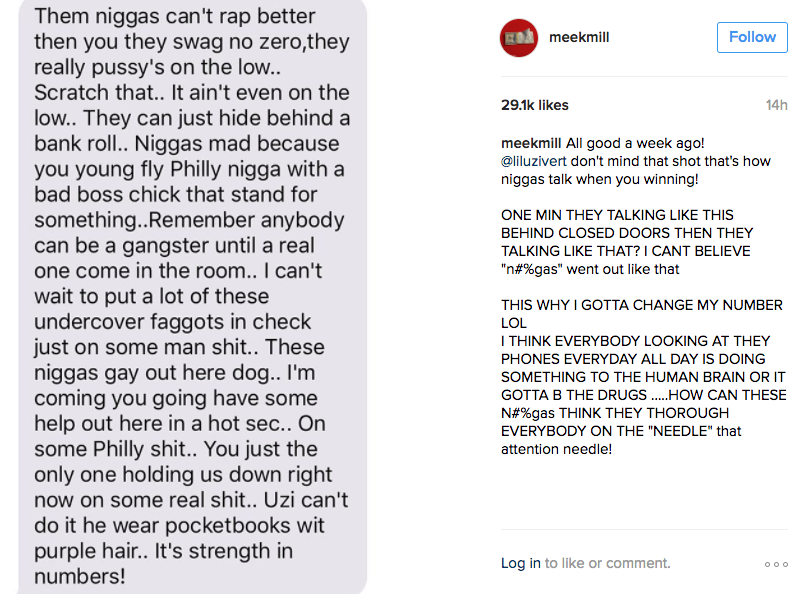 Beanie Sigel went on Taxstone’s Tax Season podcast to passionately and eloquently explain his fall out with Meek Mill, questioning the rapper’s street cred in the process. Meek has responded, by posting a text on Instagram.

In the text, Beans is bigging up Meek, saying he’s holding Philly down. “Ni**as mad you young fly Philly ni**a with a bad boss chick that stand for something,” reads part of the text we’re assuming is from Sigel.

“All good a week ago! @liluzivert don’t mind that shot that’s how niggas talk when you winning!

Beans mentioned multiple times how he used to exchange texts with Meek, so this shouldn’t be a surprised. But by posting a private text to Instagram, isn’t this the exact type of behavior Beanie Sigel was chastising him for?

Let us know what you think in the comments. Now Meek is posting clips of Diddy and Notorious B.I.G. tracks on Instagram (see on the flip.)